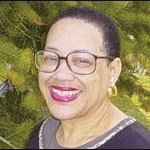 In early September, public policy experts, housing advocates, civil rights leaders, academicians and others came together to listen, learn and craft a way to advance housing rights and opportunities. Convened by HUD’s Office of Fair Housing and Equal Opportunity, the conference celebrated major milestones in the fight for fair housing, recalled noteworthy achievements and itemized all that still remains to be accomplished.

As co-sponsor of the 1968 Fair Housing Act, Walter Mondale, former vice president and U.S. senator from Minnesota, termed the act’s passage as “one of the great miracles in modern history.” His keynote address also spoke to contemporary challenges to dismantle residential segregation and governmental policies that deny equal housing.

Many of Mr. Mondale’s concerns were echoed by other presenters. For example, according to U.S. Attorney General Loretta Lynch, in the last three years, the Justice Department’s Civil Rights Division filed more than 100 lawsuits, including 69 pattern or practices lawsuits, to combat housing and lending discrimination. Housing testing, a key tool used to determine whether housing providers are complying with federal fair housing laws, has resulted in more than $13 million in damages and civil penalties awarded since 1991.

“One investigation found that a nationwide mortgage lender has systematically charged higher interest rates to Hispanic and African-American borrowers,” noted Attorney General Lynch. “Another revealed that city officials, law enforcement and a local housing authority in Los Angeles County had engaged in a targeted campaign to discourage African-Americans from moving to and living in the area by enforcing the Housing Choice Voucher program in a prejudicial manner.”

In another conference session, Steven Rosenbaum, head of housing and civil enforcement at the Justice Department, warned of more redlining cases. “Based on what is on my docket right now, stayed tuned,” said Mr. Rosenbaum. “There are still lenders who seem to think it is OK to steer minority borrowers to certain loan officers or certain brokers who they know will charge more.”

Later this month, new mortgage data will be released as part of the annual Home Mortgage Disclosure Act report. The most recent report — for 2013 — showed low levels of lending for borrowers of color.

In 2015, our quest for fair housing is far from finished. The journey ahead will require the same level of principled fervor and determination that was amassed many years ago.

May we also find the will and the way to continue the journey for justice.

Charlene Crowell is communications manager with the Center for Responsible Lending.