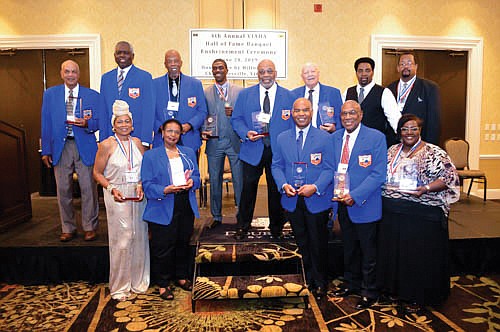 Inductees, or their representatives, accepted the award from the VIA Heritage Association, which sponsored the event.

Shown here are honorees or their representatives:

VIA served as the governing body for sports and extracurricular activities for Virginia’s African-American high schools from 1954 to 1969 during state-imposed racial segregation. VIA later merged with the all-white Virginia High School League.

The most recent class brings VIA Hall of Fame membership to 62.