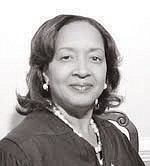 Any lingering hopes that a referendum to allow Richmond voters to weigh in on the Coliseum replacement project have been swept away by Judge Joi Jeter Taylor, chief judge of the Richmond Circuit Court.

In a final ruling, Judge Taylor found that Paul Goldman, leader of the petition drive to get the Choosing Children Over Costly Coliseums initiative before voters, failed to submit a sufficient number of valid signatures of registered voters to get the initiative on the Nov. 5 ballot.

Mr. Goldman is mulling over whether to appeal the decision.

He would need a higher court at the state court or federal level to overturn the decision to have any chance to get the initiative on a future ballot. 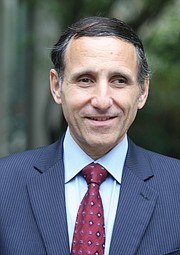 In her Oct. 2 opinion, Judge Taylor accepted city Voter Registrar Kirk Showalter’s report that the drive had collected 9,941 valid signatures out of more than 14,000 submitted — 400 short of the required 10,341.

Judge Taylor dismissed Mr. Goldman’s claim that Ms. Showalter wrongly rejected at least 2,000 signatures and his requests to allow additional investigation to determine if at least 400 of the rejected signatures were in fact valid.

The Richmond Board of Elections had submitted a letter to Judge Taylor asking her to allow additional investigation based on indications that the report Ms. Showalter submitted to the court could be inaccurate.

A Free Press review of the petitions easily found on the voter rolls the names and signatures of dozens of registered voters that Ms. Showalter said she could not identify and so did not count.

Judge Taylor wrote that Mr. Goldman made his case in reliance on the First Amendment right to petition the government, but found the First Amendment does not apply in this matter, citing two federal court decisions, one from 1979 and another from 2011.

She quoted from one of the decisions, Wright v. Mahan, which found that “a right to petition for, have access to the ballot for an vote in a municipal initiative election, is a wholly state created right, and is not a right secured by the federal Constitution or by an Act of Congress providing for equal rights.”

He also noted that in both the federal cases Judge Taylor cited, the states involved had required that those signing the petitions list addresses as well as names. “But that is not the case under Virginia law, which only requires the signatures of registered voters on a referendum petition. It’s apples and oranges,” he said.

He also noted that both of the cited cases dealt with citizen initiatives to change laws. “They were binding. This Richmond referendum would simply have been advisory, allowing voters to express their opinion,” he said.

“Even if it were approved, it would not have forced any change. Why is it so hard to allow Richmond citizens to have a say?”