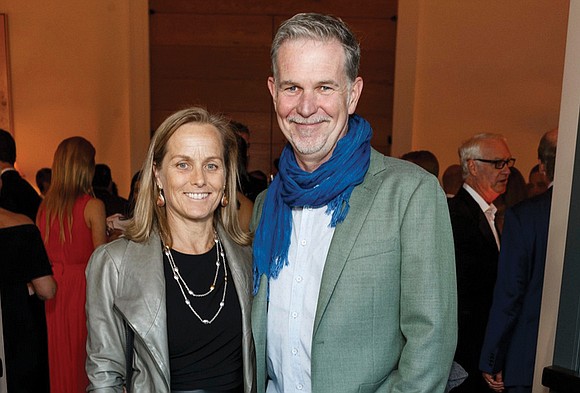 The couple is giving $40 million to each of three institutions: Morehouse College and Spelman College, both in Atlanta, and the United Negro College Fund.

The institutions said it is the largest individual gift in support of student scholarships at HBCUs.

“We’ve supported these three extraordinary institutions for the last few years because we believe that investing in the education of Black youths is one of the best ways to invest in America’s future,” Mr. Hastings and Ms. Quillin said in a statement. “Both of us had the privilege of a great education and we want to help more students — in particular students of color — get the same start in life.”

“HBCUs have a tremendous record, yet are disadvantaged when it comes to giving,” their statement continued. “Generally, white capital flows to predominantly white institutions, perpetuating capital isolation. We hope this additional $120 million donation will help more Black students follow their dreams and also encourage more people to support these institutions — helping to reverse generations of inequity in our country.”

Dr. Mary Schmidt Campbell, president of Spelman, said the women’s college will use its allocation to fund a scholarship named for Spelman alumna Dovey Johnson Roundtree, a civil rights and criminal defense attorney born in Charlotte, N.C., whose groundbreaking 1955 bus desegregation case in Washington, D.C., helped dismantle the practice of separate but equal.

Annually, the gift will provide 20 talented, first-year students with full scholarships, including tuition and room and board.

“At the end of 10 years, we will have educated 200 students who will graduate debt free,” Dr. Campbell said in a statement. “It’s a liberating gift that will allow our students to work toward change in their respective communities and careers without financial strain.”

Mr. Hastings has a history of supporting educational causes, including charter schools. He launched a $100 million education fund in 2016, beginning with money toward college scholarships for Black and Latino students.

Mr. Hastings said now is the time when “everyone needs to figure out” how to contribute to solving racism. He said HBCUs have been resilient “little-known gems” for Black education.

Amid protests over police brutality that began three weeks ago, companies and business leaders have been pledging solidarity with their Black employees and the Black community. But tech companies, including Netflix, have fallen short in hiring, retaining and promoting underrepresented minorities within their own ranks.

Other tech industry donations in the wake of the Black Lives Matter protests have largely been on the company level. On June 17, Google CEO Sundar Pichai outlined plans toward racial equity at the company that includes increasing the number of Black and other underrepresented minority executives and creating a $175 million “economic opportunity package” that includes $100 million in funding for black-led venture capital firms and startups.

During the previous week, Apple CEO Tim Cook announced the company will spend $100 million on a new Racial Equity and Justice Initiative, investing in education and criminal justice reform among other things. YouTube, meanwhile, pledged $100 million to help Black artists and other creators.