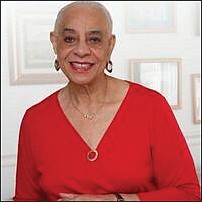 Annette White “Nettie” Gordon, who helped build an adoption program focused on Black children and volunteered in campaigns of Democratic candidates, has died.

Mrs. Gordon began making an impact after retiring from a telephone company and moving with her husband, Ralph E. Gordon, to the Richmond area.

In 1991, Mrs. Gordon came out of retirement to join the Virginia Department of Social Services to help grow the three- year-old Virginia One Church, One Child initiative to increase adoptions.

“She was my right hand,” said Jacqueline Kidd, the second director of the program. “She traveled the state to meet with churches and advocate for the program. She was instrumental in the program’s development.”

Mrs. Gordon spent nine years with the state effort that is modeled after a national program that began in Illinois and focuses on enlisting churches and other faith organizations in finding adoptive parents, primarily for Black children, with each faith organization focusing on one child at a time.

Mrs. Gordon also was active for 20 years in the Richmond Branch NAACP, including serving as chair of the Life Membership Program. She also was a mentor to young women in Richmond.

She became a fixture as a campaign volunteer in local, state and national elections after getting her start in the 1989 Virginia gubernatorial campaign of L. Douglas Wilder, who became the nation’s first elected African-American governor. Mrs. Gordon also was active in Woodville Presbyterian Church as an elder and choir member.