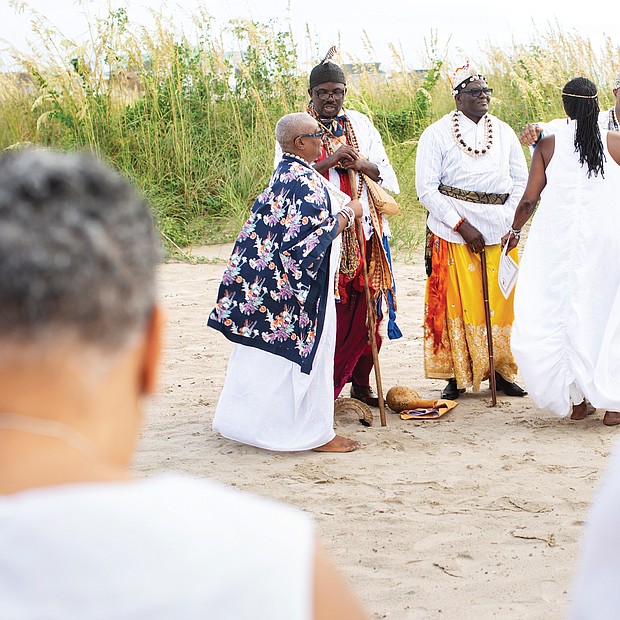 African chiefs lead a sunrise cleansing and African naming ceremony that drew hundreds to Buckroe Beach in Hampton. The solemn event, organized by Roots to Glory, included libations to the ancestors. (photo by Brian Palmer) 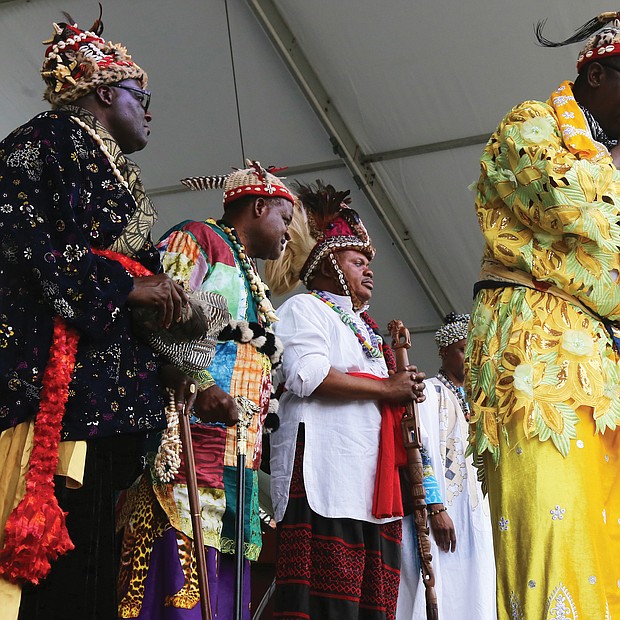 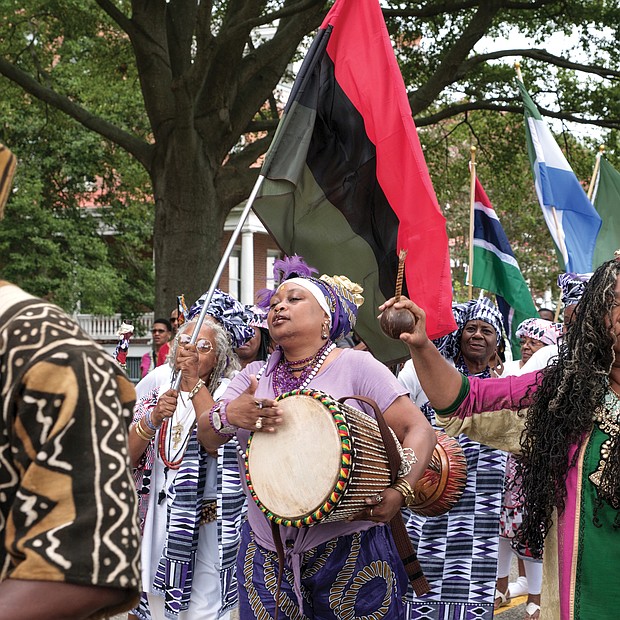 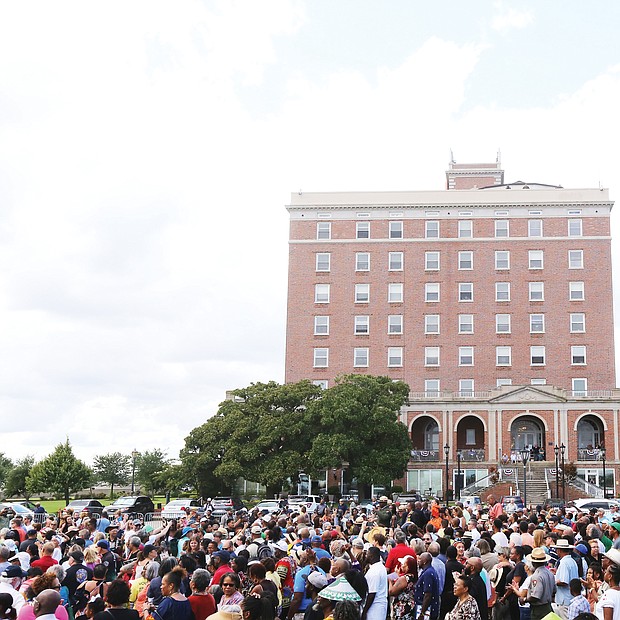 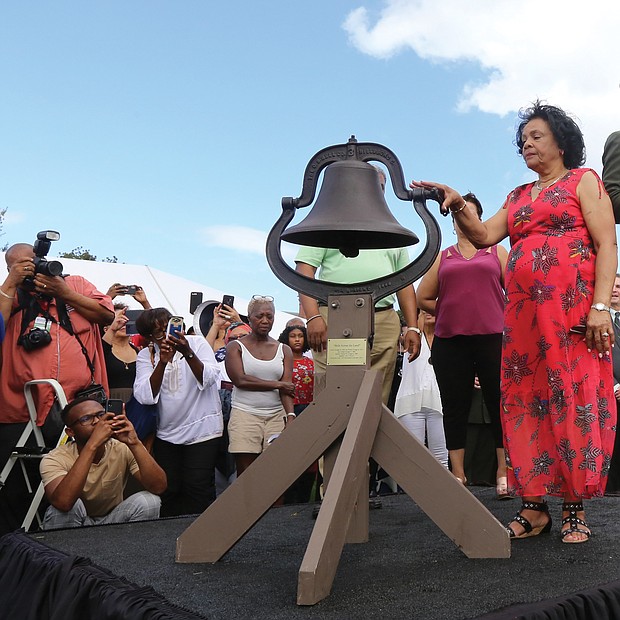 Ora McCoy, 76, of Appomattox, and Terry E. Brown, superintendent of Fort Monroe National Monument, launch the nationwide bell-ringing ceremony at 3 p.m. Sunday at Fort Monroe as part of the ceremony. Bells at national parks, churches and other places across the country rang for four minutes — one minute for each century — in honor of the first Africans in English North America 400 years ago. The bell belonged to Ms. McCoy’s family. (Regina H. Boone/Richmond Free Press) 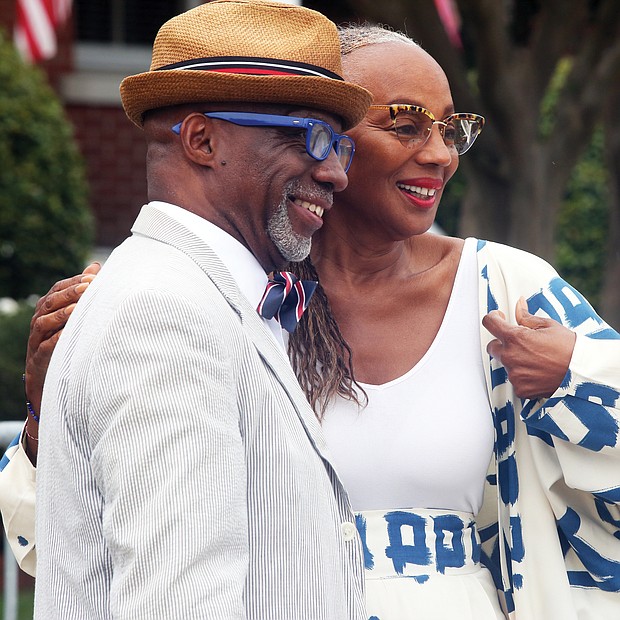 Susan Taylor, former editor-in-chief of Essence magazine, poses for a photograph on Sunday with Chester Williams of Newport News. She was among several celebrities who attended the weekend commemoration events. (Regina H. Boone/Richmond Free Press) 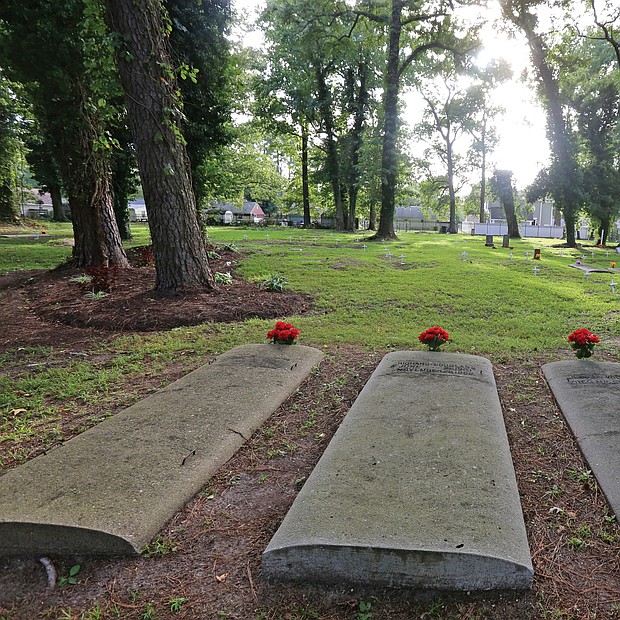 Tracy Richardson of Hampton looks at some of the marked gravesites at the Tucker Family Cemetery nestled in a residential area at 1 Sharon Court in Hampton. The cemetery holds the descendants of William Tucker, the first African-American born in the English colony of Virginia in 1624. According to records, William Tucker was the child of Anthony and Isabella, two of the first Africans brought to Virginia in 1619. (Regina H. Boone/Richmond Free Press) 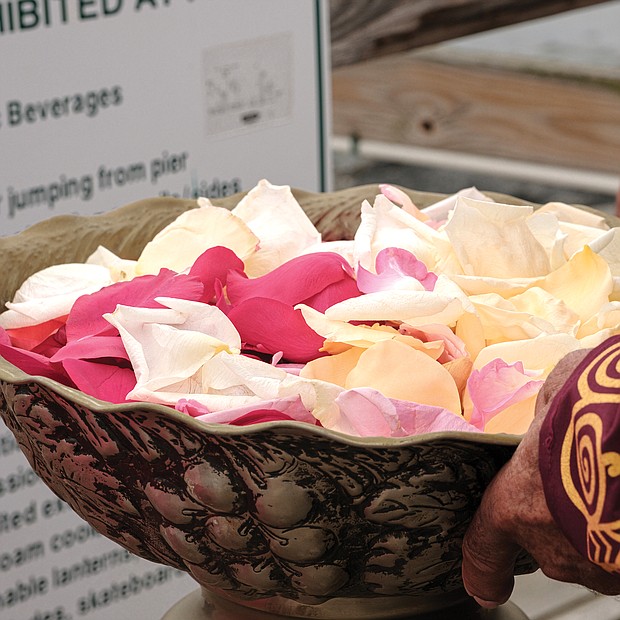 Calvin Pearson, founder of Project 1619, holds a bowl of rose petals in preparation for a ceremony in which people dropped the petals in the water off the pier at Fort Monroe in honor and remembrance of the millions of Africans brought to these shores during the trans-Atlantic slave trade. (photo by Ava Reaves) 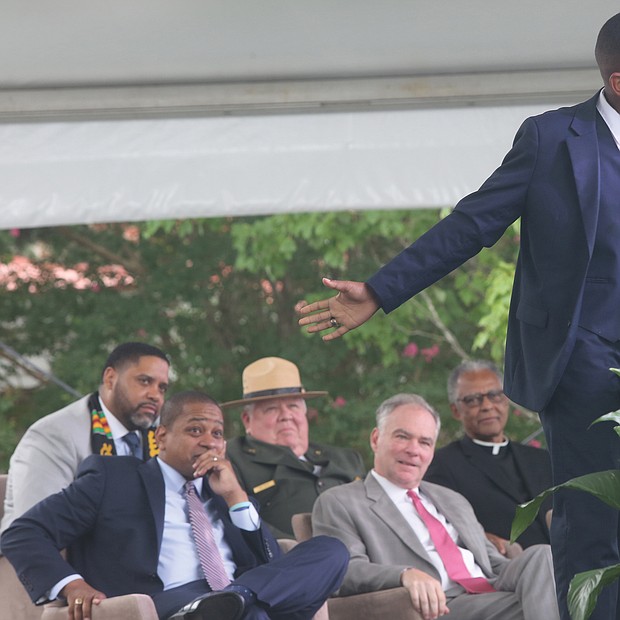 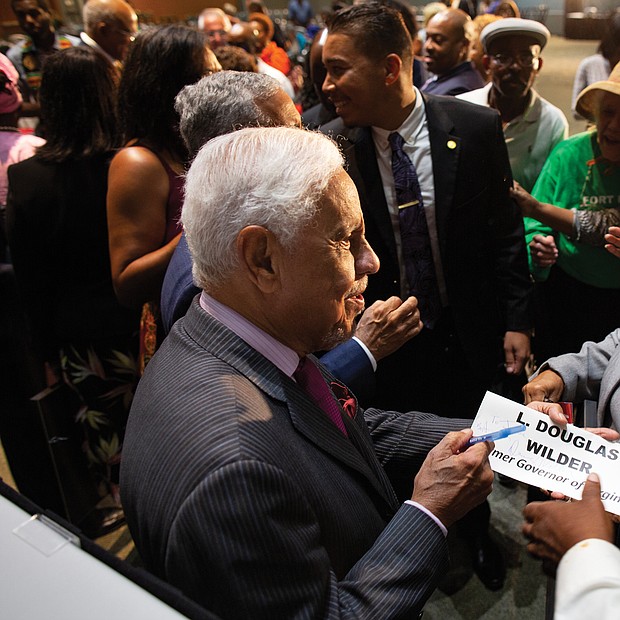 Former Virginia Gov. L. Douglas Wilder, a grandson of slaves and the first African-American elected governor in the nation, autographs a placard for a guest at the “African-American Political Pioneers” luncheon Friday at the Hampton Roads Convention Center. (photo by Brian Palmer) 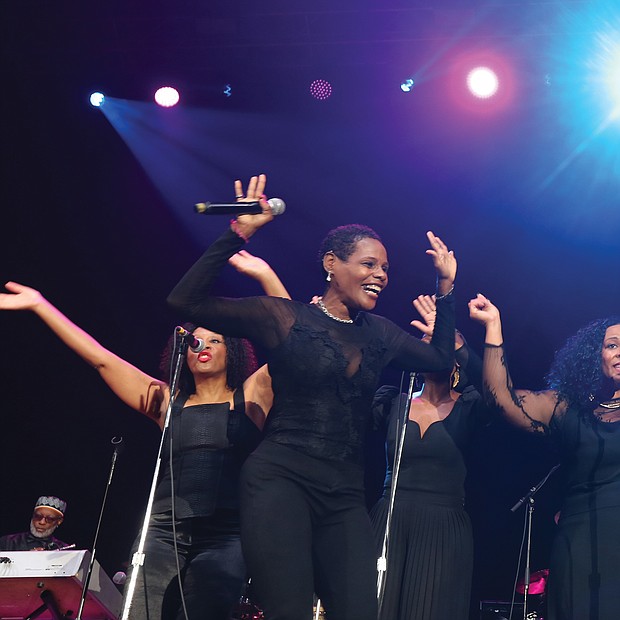 Sounds of Blackness turns up the energy before Common takes the stage at the Hampton Coliseum. (Regina H. Boone/Richmond Free Press) 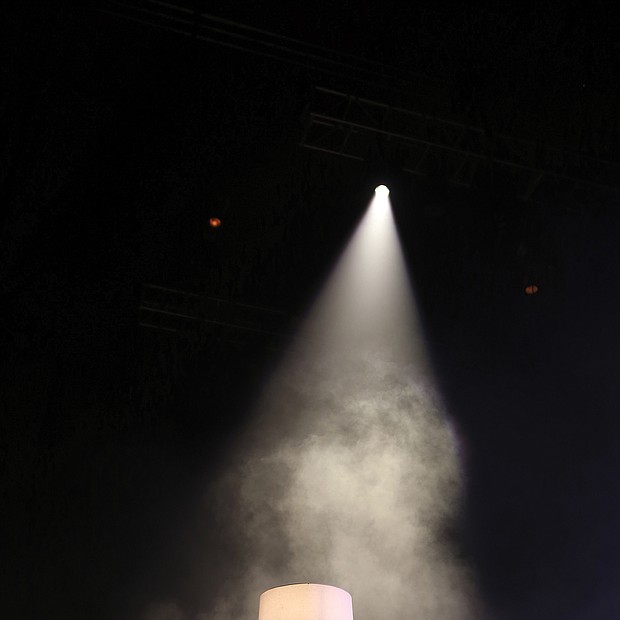 Rapper Common sets the vibe for a free concert enjoyed by several thousand fans Saturday night at the Hampton Coliseum as part of the four-day commemoration organized by “American Evolution” under state and federal commemoration commissions, the Fort Monroe Authority, the National Park Service, the City of Hampton and Project 1619, a black-led nonprofit. (Regina H. Boone/Richmond Free Press) 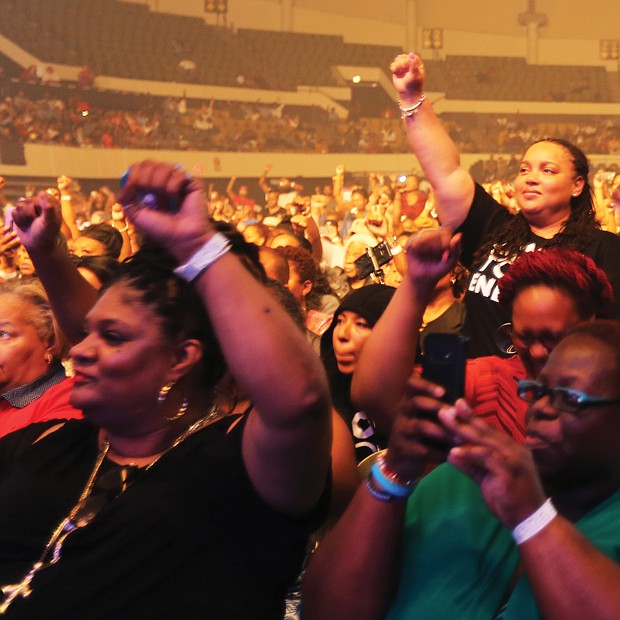 The crowd responds to Common during Saturday night’s performance, with many people rapping along with him. (Regina H. Boone/Richmond Free Press) 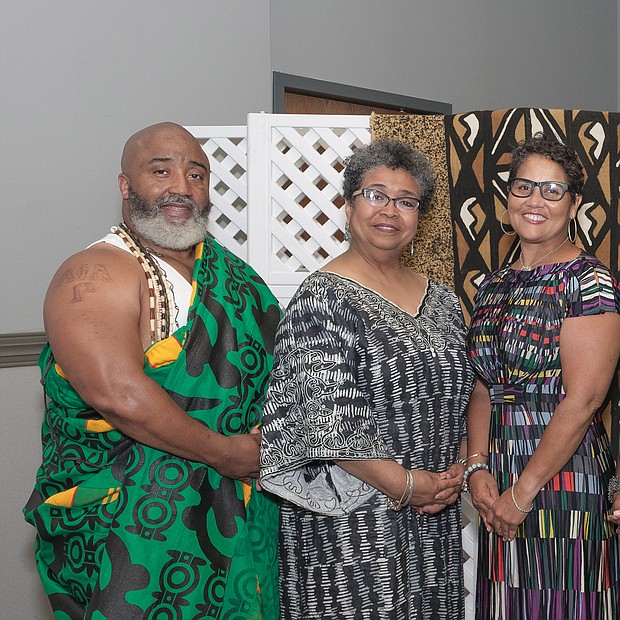 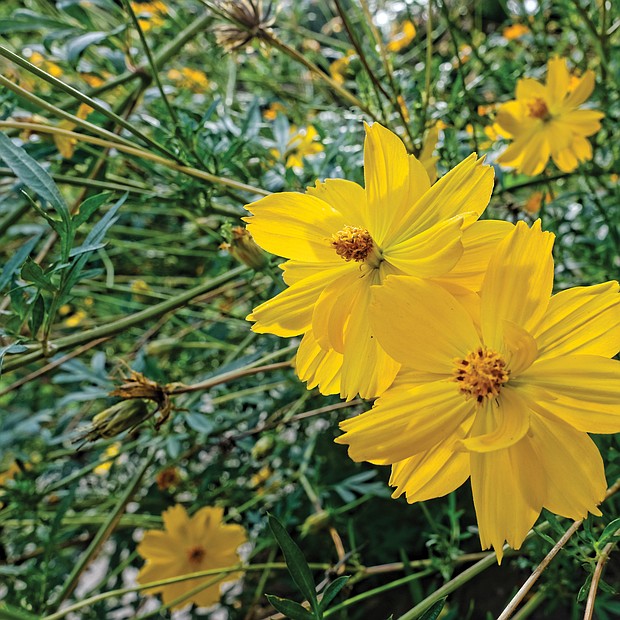 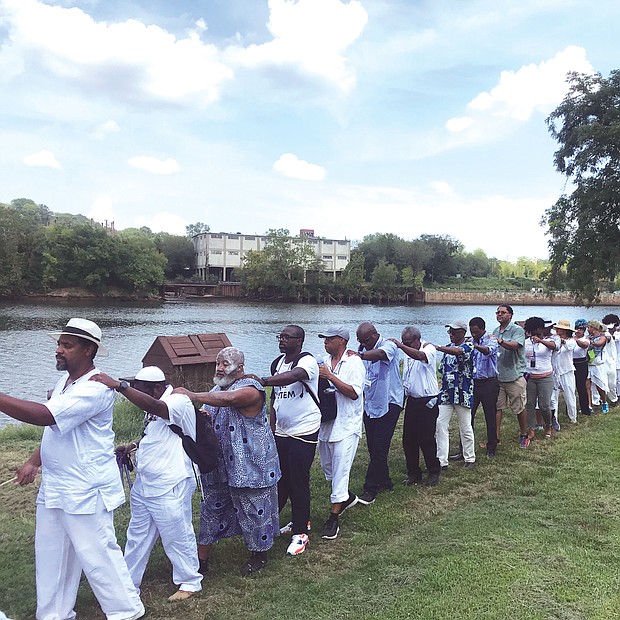 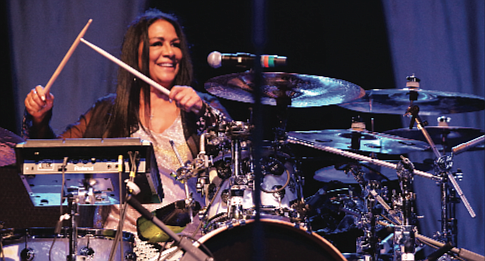 Rain couldn’t stop the music last weekend at the Norfolk Waterfront Jazz Festival. The 37th annual two-day event, hosted by Norfolk FestEvents, was moved indoors from Town Point Park on Norfolk’s downtown waterfront to the Norfolk Scope because of inclement weather. A dry and appreciative crowd of thousands packed the venue both last Friday and Saturday and enjoyed the music by top acts. In this photo, drummer and singer Sheila E shows off her chops Friday night. (photo by Randy Singleton) 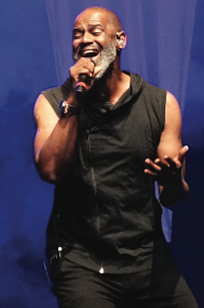 Vocalist Brian McKnight wows the crowd with his range on Saturday night. (photo by Randy Singleton) 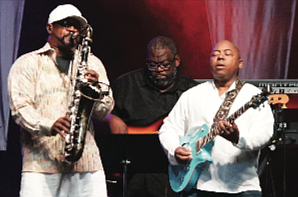 Saxophonist Everette Harp of Jazz Funk Soul gets into a groove with Ronnie Jenkins and Paul Jackson. (photo by Randy Singleton) 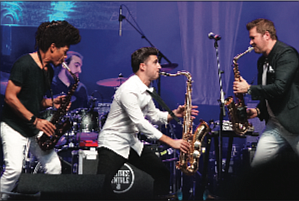 Saxophonists Paul Taylor, Vincent Ingala and Michael Lington of Sax to the Max rock the arena. (photo by Randy Singleton) 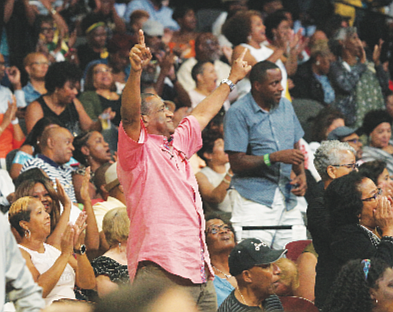 An appreciative crowd at the Norfolk Scope. (photo by Randy Singleton)