A steal for the Squirrels? 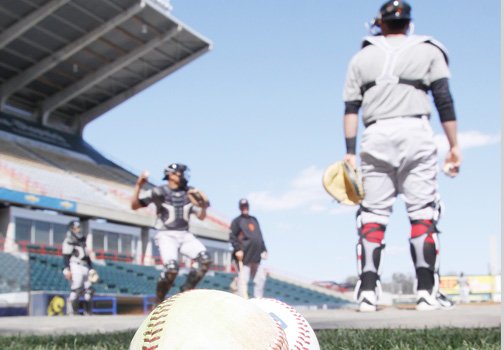 That’s what the minor league baseball team, the Richmond Flying Squirrels, got in their new five-year lease deal on The Diamond.

On the surface, the deal approved by City Council calls for the team to pay $157,500 a year in rent to the city, which takes over ownership of the stadium Jan. 1 from the regional Richmond Metropolitan Transportation Authority.

However, the contract gives the Squirrels two new revenue streams that will offset a big hunk of that payment.

For example, the Squirrels now will be able to keep the sublease payments Virginia Commonwealth University makes so its baseball team can use the stadium. The RMTA collected $18,000 from VCU this year. Next year, VCU is to pay $15,000 to the team.

Then there is the $140,000 to $180,000 generated yearly in revenue after expenses from the parking lots the team operates beside the stadium.

Previously, the Squirrels had to give 50 percent of the net revenue after expenses for parking cars to the RMTA. The new lease with the city allows the Squirrels to keep all parking revenue for those attending its games and other programs the team might host at the stadium.

The city also has agreed to reduce the rent by the amount the team might need to pay in real estate taxes as the lessee of the stadium located on North Boulevard. That would be roughly $24,000 a year, based on the RMTA’s current value of the stadium at $4 million.

The city assessor will set the value of the property next year after the city becomes the owner. Lessees usually pay 50 percent or less of the $1.20 tax per $100 of assessed value.

The Squirrels also get to keep all money the team earns from leasing 14 of The Diamond’s skyboxes, as well as all of the revenue from stadium advertising and from concession sales for all events. The team has to split net revenue from one skybox with the city. And the Squirrels will have an increased ability to host non-baseball events at the stadium that could generate additional revenue.

But while some might call it a “sweetheart” deal, Chuck Domino, chief executive manager of the Flying Squirrels, bridles at the term.

“I wouldn’t call it a sweetheart deal, not for a team that has invested $2.5 million to fix up a stadium that it doesn’t own,” he said Wednesday.

He said the lease also is short term, lasting just two years. It could be renewed for an additional three years in one-year increments, “but it requires the agreement of both sides. The city doesn’t have to renew. If they had another use for the stadium site, they could just ask us to leave.”

Still, Mr. Domino said he expects the new lease to provide at least $95,000 in new revenue to the team, which “justifies our investing in improvements to the stadium.” That includes spending about $100,000 to install 1,500 to 1,600 new seats in the first 10 rows of the upper deck.

The team also is installing a new family entertainment zone and adding a third party deck on the upper level.

Mr. Domino noted the lease requires the team to care for the field, the seating, the skyboxes and other elements of the stadium that opened in 1985. He said it costs the team about $200,000 a year for upkeep. That amount is in addition to what the city will need to spend on upkeep of major elements like the roof, elevator, exterior walkways, plumbing and aluminum benches.

Still, this kind of deal does raise questions about whether the Squirrels are in any rush to force the city to build a new stadium, which could require the team to pay a far bigger annual rent — potentially 11 times the current lease.

In any case, the city no longer seems to be in a rush to replace The Diamond, which generates about $300,000 a year in tax revenue from ticket and meals sales.

Mayor Dwight C. Jones has yet to introduce new legislation to City Council to further his stalled proposal to create a new ballpark in Shockoe Bottom.

That has left many to assume that the Shockoe Bottom ballpark proposal has died, even if every administration official who is asked claims that is not the case and that a revamped proposal could be advanced sometime next year.

Another sign, though, that the city is not rushing is the fact that city-owned structures near The Diamond have yet to be cleared away and that some of the city operations on the site have yet to be relocated.

The mayor’s proposal to move the stadium to the 17th Street area was predicated on clearing the Boulevard property to make way for tax-generating redevelopment.