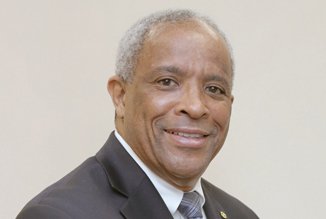 Reports of child abuse and neglect in Richmond are being addressed more quickly.

And applicants for Medicaid and food stamps are receiving faster service.

He will do so in presenting information about what he sees as dramatic improvements in the previously trouble-plagued Richmond Department of Social Services that he has led for 14 months.

Mr. Hicks will become a city judge July 1, and will be succeeded as city social services director by Senior Assistant City Attorney Shunda T. Giles. Mr. Hicks is to offer the glowing report of the department’s progress at a meeting of the City Council’s Education and Health Committee led by 3rd District Councilman Chris A. Hilbert. The meeting is set for 5 p.m. Thursday, April 9.

It is not clear whether the city’s auditor or an outside agency has independently reviewed the information Mr. Hicks will present regarding this key people-helping department.

Among the big changes he will describe relate to the handling of abuse and neglect reports involving children, according to a PowerPoint presentation the committee released in advance of the meeting.

The presentation states that as of March 2015, 93 percent of such reports received an appropriate and timely response.

That’s better than the state’s performance goal of 90 percent, the presentation states.

That also represents a 37 percentage point jump from 2014, when only 56 percent of such reports were handled with timely dispatch, the presentation states.

That’s a far different picture than that presented by a series of scathing audits in 2013 and 2014. Those audits indicated that the department was putting children at risk by closing cases without proper investigation. The problems led to an overhaul of the department’s leadership and the appointment of Mr. Hicks.

Among the reasons for the improvement in performance is a bigger staff. In the past year, the presentation notes that Mr. Hicks has added 18 new employees to the Child Protective Services Unit, including 14 family services workers, two supervisors and two staff members to handle paperwork.

The additions have reduced the workload for staff members, the presentation notes. For example, supervisors, on average, are now overseeing the work of only five staff members instead of 12 people, as was the case just a year ago. And the expansion of the staff means that each social worker is handling an average of 45 cases, down from 69 cases per social worker in June 2014.

The presentation also shows progress in other areas. One example: Nearly 6,000 uninsured individuals have been signed up for Medicaid or the children’s health insurance program known as FAMIS.