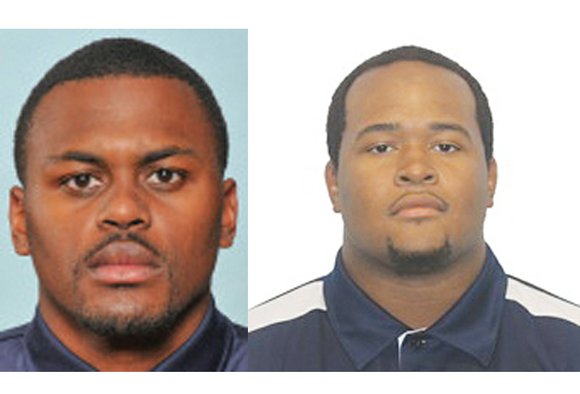 Ray Jr. was instrumental in VSU’s historic success in 2014 by helping the Trojans to their first NCAA Division II appearance in school annals.

He was named preseason All-CIAA this past year, but missed four games with a leg injury as the Trojans settled for a 6-4 mark under first-year Coach Byron Thweatt.

“We’re really looking forward to next season,” Ray Jr. said. “We lost some close games this year, but we have a lot of starters coming back and we’ll be that much better in Coach Thweatt’s second season.”

At Petersburg High, Ray Jr. was recruited by both Latrell Scott, then head coach at the University of Richmond, and Coach Thweatt, who at the time was an assistant coach at UR.

When Coach Scott got the VSU job in 2013, he opted for the hometown Trojans’ blue and orange. Coach Thweatt succeeded Coach Scott, who is now coaching at Norfolk State University.

He’s also near the top of his class in engineering. His GPA was 3.7 prior to the fall term exams and he’s excited about what he calls his “LVDT project.”

His spring semester work involves experimentation with a Linear Variable Differential Transformer on a Formula 1 racecar housed in the VSU engineering department.

As riveting as LVDT discussions may be, that subject is likely to be upstaged by football chatter next time the Prosise family gathers.