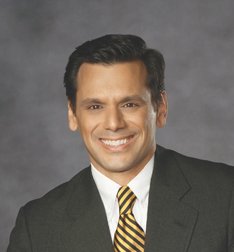 The change will apply to applicants with a high school GPA of 3.3 or higher.

VCU President Michael Rao delivered the news in his State of the University address Tuesday to students, faculty and staff in the University Student Commons.

“We are not denying a transformative education to students who we know would flourish here just because they don’t have a certain SAT score,” Dr. Rao stated in a news release, touting the new university policy. “So beginning this fall, your ability to succeed at VCU will no longer depend on your ability to pass a test that’s fundamentally flawed.”

Dr. Rao, who has been leading VCU since 2009, pointed to research, including that done internally at VCU, that shows the SAT has racial and socioeconomic biases. He stressed that VCU is not lowering quality standards for students who are admitted.

Instead, the university is emphasizing GPA over SAT scores because grade point averages have proven to be a better determinant of how well a student will do in college, he said.

The SAT still will be required for some programs, such as engineering, and for some of the university’s endowed scholarships, Dr. Rao added.The new policy at VCU follows a national trend among colleges and universities relying on the GPA as a better predictor of student success.

About 800 universities around the country, including four in Virginia, already have dropped the requirement. Those Virginia schools are Old Dominion University, George Mason University, Christopher Newport University and Virginia Wesleyan College.

VCU, which enrolls more than 31,000 students, is the first of the three research universities in Virginia to do so.

Wake Forest University, in North Carolina, is one of the most selective schools, which has adopted this policy. Others to scrap SATs as an admissions requirement in 2014 were Temple University in Philadelphia, Bryn Mawr (Pa.) College and Wesleyan University in Macon, Ga.

A study released in early 2014 and co-written by William Hiss, a former admissions dean at Bates College in Lewiston, Maine, found no significant difference in college grades or graduation rates between applicants who did and didn’t submit SAT scores when applying for college admission.

The study examined 33 colleges over three years. It found that students who did not submit standardized test scores were more likely to be first-generation college students, minority students, women, students with learning disabilities and recipients of Pell Grants, which are reserved for low-income students.

The SAT is being redesigned for 2016, making a now-mandatory essay optional. Schools say going “test optional” also will benefit low-income and minority students who can’t afford test prep courses or to retake exams.