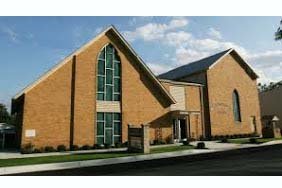 The Enrichmond Foundation is partnering with a historic West End church, a community bank and the City of Richmond to organize the cleanup of a park they call a “hidden gem” in the West End.

The foundation has formed a new nonprofit group called “The Friends of Westwood Park” to spearhead the cleanup of Westwood Park and its playground at 5409 Marian St. off Patterson Avenue.

Members of nearby 141-year-old Westwood Baptist Church, 1003 Glenburnie Road, will be helping with the cleanup.

“Funding over the past several years has been limited from the city and the park is in much need of improvements and revitalization,” explained the Rev. Jeanette Brown, one of the event’s organizers who is minister of Christian Education at Westwood Baptist.

The purpose is to “clean it up, reinvest in it and revitalize this treasure,” Rev. Brown said.

Chesapeake Bank, which purchased a property near the church at 5501 Patterson Ave. in 2014, has donated $800 to assist Enrichmond Foundation in making improvements to the park’s playground as well as to acquire signs and obtain historic preservation status for the community and the church.

Westwood Baptist Church was established in the early 1870s in the Westhampton area of the city by former enslaved people.