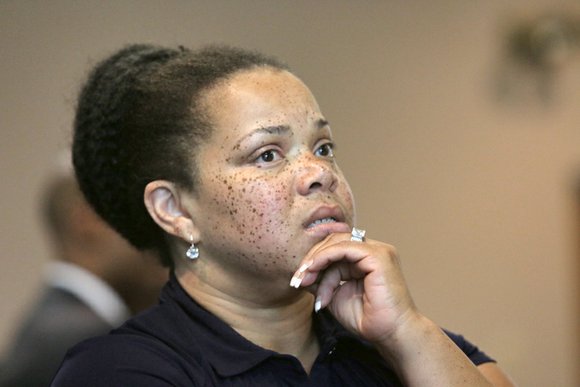 Kandise N. Lucas no longer has to fear spending 15 days in jail for advocating for a disabled student in Chesterfield County.

During a hearing Monday in Chesterfield Circuit Court, the Commonwealth’s Attorney’s Office dropped a trespassing charge against Ms. Lucas stemming from last June at Ecoff Elementary School in Chester.

Prosecutors dropped the case after a county judge refused to quash Ms. Lucas’ subpoena for Chesterfield schools Superintendent James F. Lane, meaning he would have to testify. The prosecutors dismissed the case to prevent the superintendent from having to appear.

Ms. Lucas said Dr. Lane was being called to testify about a statement he had twice made to her and others that, “I want you in our schools to advocate for kids; our kids need you.”

He also was to be questioned, she said, about a settlement he reached with the U.S. Department of Education’s Office of Civil Rights under which Chesterfield Public Schools was to allow Ms. Lucas to participate in individualize education program meetings, or IEP meetings, when invited by parents.

Ms. Lucas credited her attorney, Janipher Robinson, for holding firm on the subpoena, leading to the case being dismissed.

Ms. Lucas has faced repeated arrests for serving as an advocate for parents and disabled students who need IEPs.

Both Chesterfield and Henrico had banned her from school property, despite federal laws forbidding such action, and repeatedly had her arrested for attending IEP meetings, although she has been acquitted or had all the charges dismissed.

She also is facing a similar trespassing case in Richmond. She was charged with trespassing at Blackwell Elementary School on Nov. 1 while attending an IEP meeting. That case is to be heard Tuesday, Jan. 19, in Richmond General District Court.

In the Ecoff Elementary School case, she had gone to the school at the invitation of a parent whose child needed an IEP. School officials there had her arrested for trespassing.

Ms. Lucas was in Circuit Court appealing her August conviction in Chesterfield General District Court in which she was sentenced to a year in jail, with 11 months and 15 days suspended.

Ms. Lucas said that since her arrest at Ecoff Elementary, parents who select her to be their advocate have been holding IEP meetings with Chesterfield schools officials off school grounds so she has had no further problems.