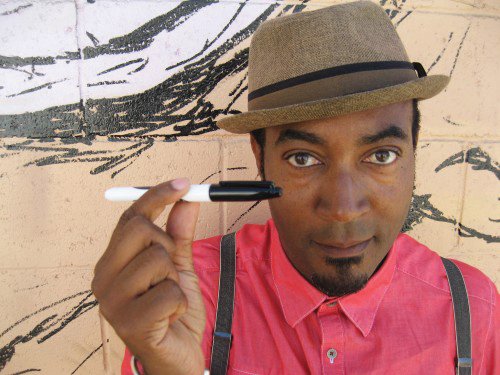 He will kick off Black History Month commemorations at VCU with his address 7 p.m. Thursday, Feb. 4, in the Lecture Hall of the James Branch Cabell Library, 901 Park Ave.

Mr. Knight is known for creating funny, politically astute comic strips that touch on many divisive issues, including racially motivated police violence, according to a new release announcing his appearance. He will hold a book-signing event for the public afterward.

His book explores the present and historical issues of racism on American college campuses, and how that ties into the Black Lives Matter movement.

Also on Thursday, Feb. 11, Dr. Velma P. Scantlebury, the first African-American woman organ transplant surgeon in the nation, will speak at 3 p.m. on “Health Equity in Kidney Transplantation: Experiences from a Surgeon’s Perspective.”

Dr. Scantlebury’s talk will be in the University Student Commons Theater. She is the associate director of the kidney transplant program at Christiana Care Health System in Delaware.

On Thursday, Feb. 18, VCU Libraries and the Richard T. Robertson School of Media and Culture will host an event exploring the reaction by African-Americans in Virginia and across the country to D.W. Griffith’s 1915 silent film “The Birth of a Nation.” That will take place from 7 to 9 p.m. in the Lecture Hall of the James Branch Cabell Library.

To register for the event, go to www.support.vcu.edu/event/birthofanation.

For a full schedule of Black History Month events, go to www.vcu.edu.