Va. Tech scientist to Richmonders: use water filters for protection 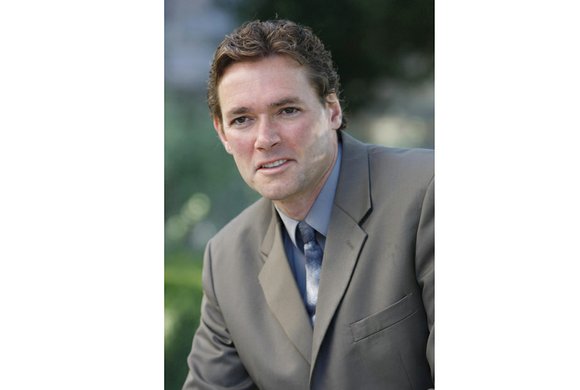 Attach a $20 filter to each of the water taps you use for drinking or cooking. And regularly change the filter cartridges.

That’s the only to way to ensure you aren’t getting poisonous lead in your water, according to Dr. Marc Edwards, the Virginia Tech environmental scientist who has won hero status for proving people in Flint, Mich., were being poisoned by their drinking water.

Flint is just one city facing threat from the toxic heavy metal that is pervasive in this country, where the water infrastructure is old and often crumbling, he said.

“Every water utility has been cheating about protecting people from lead poisoning and doing so with the approval of the Environmental Protection Agency,” Dr. Edwards said in a recent interview with the Free Press.

What most people do not realize is that they can — and often do — have lead pipes carrying water to their home, he said.

That’s likely true in Richmond for any home built before 1950 and possibly later, according to Robert Steidel, director of the city’s Department of Public Utilities. Lead was commonly used in water mains and service lines prior to World War II.

DPU used galvanized iron in its mains and used smaller galvanized and lead pipes to link water meters to street mains, he said. He said DPU has replaced about 7,000 of the smaller lines between the meter and mains, but still has 14,000 more such lines to be replace.

That still leaves untold thousands of homes with buried lead and galvanized iron lines that carry water from the meter into the home, Mr.

Steidel said. That began to change after 1950, when copper and, later, plastic replaced such potentially hazardous metal lines.

Still, DPU has no idea what the service lines that carry water into homes, businesses, office buildings, churches or government offices are made of, he said. “DPU has no data” on the water lines that belong to customers, he said.

He said that DPU makes every effort to prevent lead leaching into the water by treating Richmond’s water supply with zinc orthophos- phate and controlling the water’s pH, a measure of the acidity or alkalinity of water.

However, Dr. Edwards said there is no way DPU or any other utility can guarantee safety given the state of the older, buried service lines in use.

“You can do a test one day and, the next day, pieces of rusting pipe can break off and bring lead in through the water,” he said.

That is the risk in older homes where original service lines have never been replaced, he said, but are long past their useful life.

agencies and scientists will rush to address a lead problem if a problem occurs.

He speaks from experience. He repeatedly has battled government agencies and government scientists who issued reports seeking to rebut his findings of high lead levels in drinking water.

In Flint, for example, he discovered high levels of lead in the water in April 2015 after residents sent samples from their homes. He said he had to fight the Michigan office of the EPA, the Michigan Department of Environmental Quality and the Michigan Health Department to get the findings accepted. For months, he said the people “who are supposed to be trying to keep the public safe from this kind of threat” simply refused to accept the findings or rejected his results.

He said he has become used to the response. He said the U.S. Centers for Disease Controls fought for four years to try to undermine his findings and disparage him after he determined that lead levels in drinking water in Washington, D.C., were as much as 100 times above the levels the EPA recommends as safe.

He said just as in Flint, he and others had to fight to get the findings accepted.

Dr. Edwards said such “institutional scientific misconduct is a new phenomenon. All of these instances involved scientists and engineers who were being paid to protect the public and who had no profit motive for poisoning kids, but who allowed it to go on.”

“There are no checks and balances to their power and ability to falsify reports,” he continued. “There is no way to hold them accountable. It’s indefensible.

“No one ever thought that government scientists would falsify reports or that public agencies would engage in the kind of misconduct that they have been proven to do.”

He said that is why “no one in the public should believe the government when they say your water is safe. Lead is a problem they don’t want you to know about.”