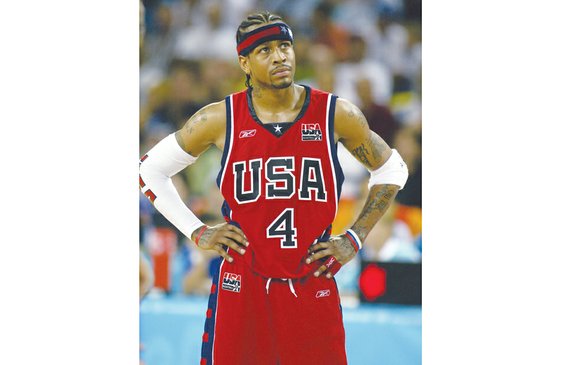 Allen Iverson has moved ahead of schedule for his likely arrival in the Naismith Memorial Basketball Hall of Fame.

Rules require an individual to have been officially retired four years prior to induction.

Iverson retired from the NBA in 2010, but played professionally in 10 games in Turkey in 2013. Hall of Fame officials have decided to overlook the short stint overseas.

Other leading candidates for 2016 induction are Shaquille O’Neal, Yao Ming and Sheryl Swoopes.

There is no NBA Hall of Fame per se.

Finalists for the Class of 2016 will be announced Feb. 14 at the NBA All-Star Game in Toronto. Final picks will be announced April 4 in Houston at the NCAA Final Four, with induction ceremonies in September in Springfield.

On the hard court, the slender 6-footer scored a state public schools record 948 points as a high school senior.

After two seasons at Georgetown University, Iverson was the NBA’s overall No. 1 draft pick in 1996 by the Philadelphia 76ers.