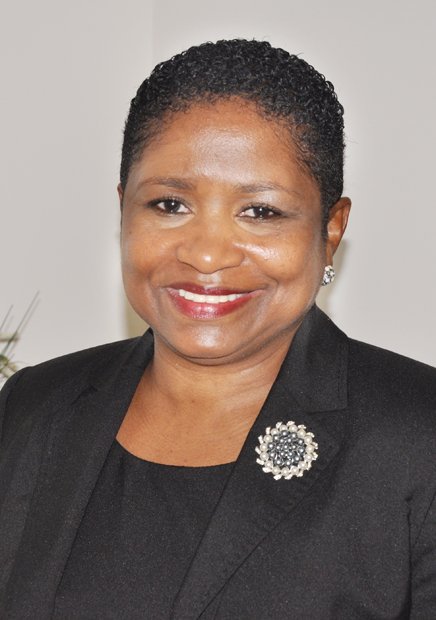 On March 25, 1968, Rabbi Abraham Joshua Heschel, among the leading theologians and Jewish philosophers of the 20th century, spoke what many historians believe to have been prophetic words about Dr. Martin Luther King Jr.

Only 10 days before he was assassinated, Dr. King was keynote speaker at a birthday celebration honoring Rabbi Heschel. The rabbi introduced him to an audience of at least 500 other rabbis with the following words:

“Where in America today do we hear a voice like the prophets of Israel? Martin Luther King is a sign that God has not forsaken the United States of America. God has sent him to us. His presence is the hope of America. His mission is sacred, his leadership is sacred. And his leadership is of supreme importance to every one of us. Martin Luther King Jr. is a voice, a vision and a way. The whole future of America will depend upon the impact and influence of Dr. King.”

The Rev. C. T. Vivian, one of the foot soldiers who marched with Dr. King, referred to this historic moment when describing how Dr. King’s voice will continue to impact America years beyond the annual national holiday memorializing him this year on Monday, Jan. 18.

“Of all the presidents they could have found space for on the National Mall,” Dr. King is the only human being memorialized there who is not a president, says Vivian, speaking of the Stone of Hope statue of Dr. King. The only other memorials on the Mall honor Presidents Abraham Lincoln, Thomas Jefferson and Franklin Delano Roosevelt.

Dr. Vivian believes Rabbi Heschel’s words, spoken almost 48 years ago, are just as applicable today as they were then. His dream of racial justice and equality are crucial and yet unmet, says Dr. Vivian. But he concludes that Dr. King’s greatest legacy is his stance for nonviolence in his demonstrated “nonviolent direct action” and his vehement advocacy again war.

“Martin King was the first minister in the Western World to get the Nobel Peace Prize,” Dr. Vivian points out. “I think in terms of Martin as the continuation of the great need we have to go beyond violence. And so that will not end, and that will continue to be greater and greater and greater…In the East, there’s [Indian leader Mahatma] Gandhi, who really created it. It was Martin who continued it.”

Several people who marched with Dr. King recall what they believe has defined Dr. King’s legacy, especially during his final years.

The Rev. Jesse Jackson Sr. recalls Dr. King’s last birthday, Jan. 15, 1968. Rev. Jackson was with Dr. King that day as they convened a group of African-Americans, Hispanics, and Native Americans to plan the Poor People’s Campaign, Dr. King’s movement for economic justice that was never completed due to the assassination.

“He felt that money that was being spent on the military should have been spent for our cities. We had the best military in the world, but the most decayed cities,” Rev. Jackson said. “I have a dream was poetry without the budget obligation. But the Poor People’s Campaign involved what we needed — a White House conference on violence and urban reconstruction. That requires a budget and legislation. That was the real fight. That was the fight he was engaged in. That was the substance of the dream.”

Lonnie King, an Atlanta-based professor who was a co-founder of the Student Nonviolent Coordinating Committee, recalls meeting Dr. King in 1945, when he joined Ebenezer Baptist Church as an 8-year-old. Even as a child, he was amazed by Dr. King’s ability to orate, a power that continues to grip America when recordings of Dr. King’s voice are heard.

“Dr. King was a 17-year-old going to Morehouse at the time.  He was always a gifted speaker, having been raised up in a family of preachers.  I remember that he used to practice his preaching in church on Thursday nights as my mother attended choir rehearsals in the basement.  He was very good also because he continuously practiced his craft,” said Mr. King, now 79.

“His gifted oratory and ability to quote Shakespeare, Tolstoy, Aristotle and the Old Negro Spirituals with equal aplomb. He was especially adept at ‘making it plain’ to the average person.”

Their relationship didn’t just stay in the church. Lonnie King grew up and became a young activist as well.

“My most memorable moment was when I convinced him to go to jail with me at a sit-in at Rich’s Department Store on Oct.19, 1960.  This was the first time that Dr. King had voluntarily gone to jail, and was the first time he had spent the night in jail.  We shared the same cell for a number of days until the mayor of Atlanta arranged the release of the students,” he recalls.

Like Dr. Vivian, Mr. King also believes “Dr. King’s oratory was so strong that it will be re-played for centuries to come. His message is just as relevant today as it was in the 1960s.  He realized that America was one of the most racist countries ever known to mankind, but he had hope that one day black and white people would be able to sing together old Negro spirituals that called for peace, harmony and spiritual reconciliations.”

Some recalled how, as a teen, the eventual Nobel Peace Prize winner and iconic civil rights leader was initially uncertain about his destiny.

In a 2010 interview by a class of Howard University students for the NNPA News Service, the revered Dr. Dorothy Irene Height, chair and president emerita of the National Council of Negro Women, recalled her first moments with Dr. King. Years later, she marched and organized alongside him.

“I met Dr. King when he was 15 at dinner with Mr. and Mrs. Mays [Benjamin Mays, then president of Morehouse College] … Dr. King was trying to figure out what he wanted to become. Law… Divinity… He had analyzed the fields,” recalled Dr. Height who died in 2010 at age 98. “You never know when you’re talking to people who they are going to become.”

The writer is president and CEO of Trice Edney Communications.