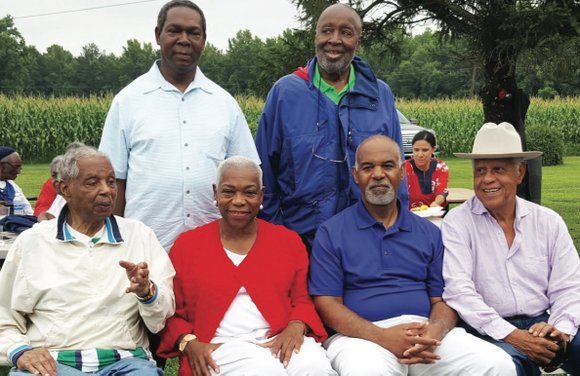 The senior judge on the 6th U.S. Circuit Court of Appeals who lives in Detroit returns each year to his late wife’s family home in Virginia to celebrate his July 4 birthday.

“The court used to be the most segregated court in the country,” Judge Keith said during remarks at the picnic where a photo of Judge Gregory graced the top of a large sheet cake decorated in colors of the patriotic holiday — red, white and blue.

“This is a momentous occasion,” said Elaine Jones, former president and director-counsel of the NAACP Legal Defense Fund, who was asked by Judge Keith to speak about the significance of Judge Gregory’s historic selection to the court and his new role.

“It’s not easy to get nominated to a segregated court. But when the (U.S.) senators are looking for that ‘first,’ they go to the best and the brightest. They go to the stars,” she said.

And during his tenure on the bench, Judge Gregory “has served well, honorably, impartially, objectively,” she said, to rise to the position of chief judge.

Judge Keith noted that Ms. Jones, a Norfolk native, was the first African-American woman to graduate from the University of Virginia Law School.

He also asked former Gov. L. Douglas Wilder, the first African-American elected governor in the nation, to introduce Judge Gregory, who, as an undergraduate, had taken a constitutional law class taught by the former governor at Virginia State University, and later, as an attorney, practiced law with Gov. Wilder in Church Hill.

Gov. Wilder talked about Judge Gregory excelling, “not just by training, but by dedication.”

Judge Gregory, who was visibly touched by Judge Keith’s honor and the words of Ms. Jones and Gov. Wilder, said each of them have inspired him through the years.

“These are tears of joy and gratitude,” he said. “This is the image I will take in my heart always.”