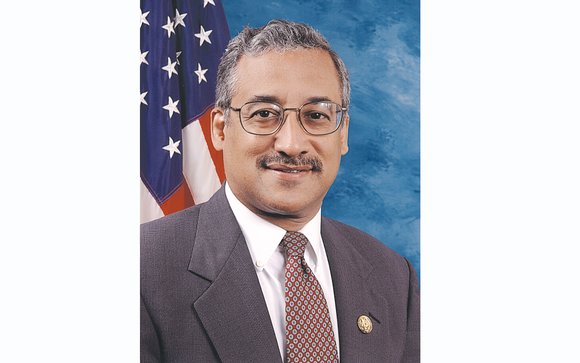 A federal commission to recognize the trials, tribulations and contributions of African-Americans since 1619 is one step closer to becoming a reality.

The U.S. House of Representatives unanimously approved Tuesday the legislation proposed by Virginia Congressman Robert C. “Bobby” Scott, D-3rd, to establish the commission to plan programs and activities for 2019, the 400th anniversary of the arrival of enslaved Africans.

The vote drew applause from Rep. Scott and Virginia’s two senators, Democrats Tim Kaine and Mark Warner, who introduced companion legislation in their chamber that is still to be voted on.

“I applaud my colleagues in the House for passing this bill,” said Rep. Scott, Virginia’s lone African-American congressman and the dean of the state’s Washington delegation.

“The history of Virginia and our nation cannot be fully understood or appreciated without knowing about the first Africans who arrived at Point Comfort, Virginia, in August 1619,” he stated.

“The commission established by this bill will be charged with the important task of planning, developing and implementing a series of events throughout 2019 that fully tell the story of African-Americans, their contributions to the fabric of our nation and their resilience over the last 400 years.”

“This bill is so connected to our country’s history and heritage, and we are excited that it is one step closer to final passage,” Sen. Kaine said. “Every dimension of American life, across generations, has been influenced by African-Americans.

“We need to tell that story — in its tragedy and triumph — and we will continue to work to advance this bill in the Senate in the coming months,” he said.

“We cannot move forward as a country unless we recognize the injustices that occurred in our past,” said Sen. Warner. “The creation of this commission is an opportunity to institutionalize the contributions made by African-Americans. It is my hope that this legislation paves the way for future efforts to honor the important role African-Americans have played as we work together to forge a path toward a better future.”

Rep. Scott had bipartisan support from Republican and Democratic members of the Virginia delegation who co-patroned the bill, as well as from Rep. John Lewis of Georgia and other members of the Congressional Black Caucus.

Passage of the bill comes as the Smithsonian prepares for the Sept. 24 opening of the National Museum of African-American History and Culture in Washington.

Africans first arrived in Virginia in August 1619, 13 years after the colony was established. Described as “20 and odd Negroes,” the new arrivals were brought ashore apparently in trade for food.

It would be another 40 years before the legal framework for slavery was approved by the colony’s legislature, although aspects of it were in place within 10 years, according to historians. Still some of the new arrivals or their progeny and those of other Africans to follow would go on to own property and create a town in Charles City County.

They were not the first Africans in what is now the United States. Enslaved Africans began arriving in Spanish-controlled St. Augustine, Fla., in 1570.