Discussion of sex hampers black church from dealing with AIDS 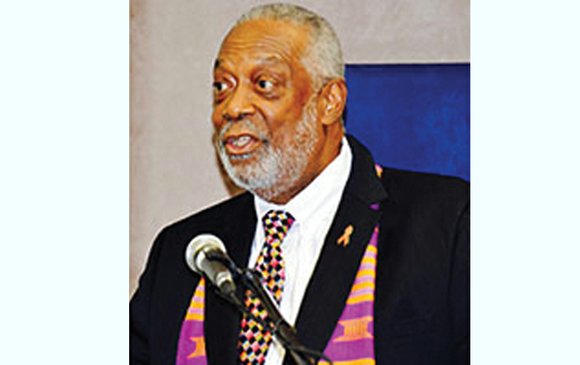 The Rev. Edwin C. Sanders II sized up his audience at the 21st International AIDS Conference here and uttered instructions one wouldn’t normally expect to hear from a minister.

“Turn to your neighbor and say, ‘Sex,’ ” he said, catching delegates at the conference off guard. But after a couple of seconds of nervous hesitation, they complied.

There was laughter after each instruction, which Rev. Sanders interpreted as discomfort. He said the discomfort of discussing sex hampers the religious community from more actively addressing the global HIV crisis.

Rev. Sanders, senior servant at Metropolitan Interdenominational Church in Nashville, Tenn., has been at the forefront of trying to persuade the faith community to take the lead in combating HIV.

In an interview, Rev. Sanders said his brief exercise at the conference shows how uncomfortable people are discussing sex.

“Sex, for us, has been framed in such a negative fashion. It’s the no-no. It’s the wild thang. It’s nasty. Understand it’s a gift — it’s a gift from God,” he said.

To prove his point, Rev. Sanders pointed to the Bible.

“In the Bible, the best evidence of that is the old covenant God makes with Abraham,” he said. “After all, He says, ‘I will give you descendants that will number more than the sand by the sea and the stars in the sky.’ That’s a lot of sex. You don’t get descendants without procreation.”

He understands that people are more accustomed to getting their sexual advice from Dr. Phil than from the minister they see in church every Sunday.

“People are not used to hearing the language of sexuality in church,” Rev. Sanders said. “But you cannot talk about the Bible and not talk about sexuality.”

The conference was held July 18 through 22 and featured speakers and panelists from around the globe.

Duane Crumb, director of HIV Hope International, told a session that for all of its talk about forgiveness and acceptance, the church can be one of the least accepting places for people with HIV or AIDS.

Many people see the black church as having a special responsibility, given the disproportionate impact HIV/AIDS has on African-Americans.

Although African-Americans represent only 12 percent of the U.S. population, they accounted for 44 percent of new HIV infections and 44 percent of people living with HIV in 2010, according to the Centers for Disease Control and Prevention.

Some people also view HIV as punishment for disobeying what they perceive as God’s instructions. They point to Leviticus 18:22: “Thou shalt not lie with mankind, as with womankind: it is abomination,” and Leviticus 20:13: “If a man also lie with mankind, as he lieth with a woman, both of them have committed an abomination: they shall surely be put to death; their blood shall be upon them.”

But others view that as a selective reading of the Bible.

For example, upworthy.com observes, “Yep. We’ve all heard that Leviticus is where the Bible straight-up says that homosexual behavior is an abomination. And yes, it does. It also says that homosexuals should receive the death penalty (!!!). It also says the same thing about eating pork or shellfish, charging interest on loans, and a whole bunch of other restrictions that were a part of the Old Testament Law Code. But for Christians, the Old Testament doesn’t (dare I say “shouldn’t?”) settle any issue because Romans 10:4 says that Christ is the end of the law. Which is probably why most Christians today eat meat, use credit cards, wear makeup and support equality for women. Because, as Hebrews 8:13 says, the old law is obsolete and aging.”