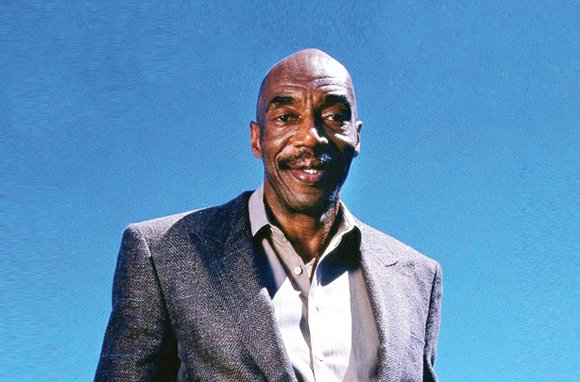 In October 1974, Nate Thurmond did something no NBA player had ever done.

It was Mr. Thurmond’s debut with the Chicago Bulls, and he recorded the first NBA quadruple-double: 22 points, 14 rebounds, 13 assists and 12 blocked shots in a game against the Atlanta Hawks.

That was just one of many remarkable feats for the 6-foot-11 center who died Saturday, July 16, 2016, in San Francisco. He was 74 and succumbed to leukemia.

He spent most of his career with the San Francisco, now Golden State Warriors.

“Without a doubt, he is one of the most beloved figures to ever wear the Warriors uniform,” Golden State owner Joe Lacob told USAToday.

Mr. Thurmond ranks with the most productive big men in NBA annals.

Between 1963, when he arrived as a Warriors rookie, and his retirement in 1977, from the Cleveland Cavaliers, Mr. Thurmond scored 14,437 points, grabbed 14,464 rebounds and was a defensive titan, although blocked shots were not an official statistic until late in his career.

In another USAToday interview, Mr. Thurmond’s former Warriors teammate, Al Attles, said, “Looking back, he was as ferocious as any player in the history of the game on the court … but also one of the kindest and nicest souls in his everyday life.”

The Akron, Ohio, native was one of just five players to average 15 rebounds per game during his career. The others were Bill Russell, Wilt Chamberlain, Bob Pettit and Jerry Lucas.

In 1996, Mr. Thurmond was selected to the NBA’s 50th anniversary All-Time Team.

An All-American at Bowling Green University in Ohio, Mr. Thurmond was the third overall draft pick in 1963.

A seven-time NBA All-Star and five-time All-NBA Defensive pick, Mr. Thurmond’s No. 42 jersey was retired by the Warriors and the Cleveland Cavaliers.

After retirement, he served as a Warriors Community Ambassador, and from 1990 to 2010 operated Big Nate’s BBQ restaurant in San Francisco.

Survivors include his wife, Marci.