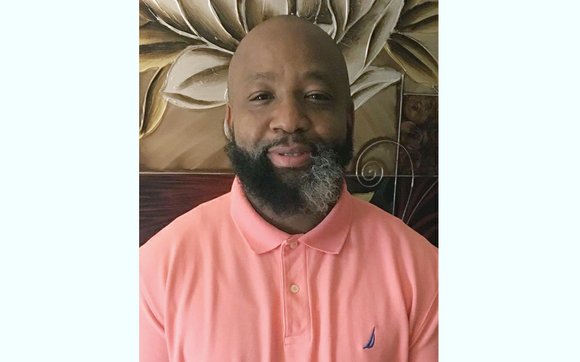 David Mosby, 46, had tears in his eyes when he registered to vote for the first time in his life.

That was three months ago.

Now the Varina home improvement contractor must tear up the new Henrico County voter card he received after Gov. Terry McAuliffe restored his voting rights on April 22, allowing him to overcome a criminal past that had stripped him of much of his citizenship.

In a stunning blow to Mr. Mosby and others like him, a sharply divided Virginia Supreme Court agreed with Republican challengers and ruled 4-3 last Friday that the governor had violated the state Constitution by restoring the voting rights of more than 200,000 felons en masse rather than one by one.

While Gov. McAuliffe is promising to get around the decision and again restore the voting rights of people like Mr. Mosby, the decision was a huge blow to the administration and supporters of the governor’s action.

“Never before have any of the prior 71 Virginia Governors issued a clemency order of any kind … to a class of unnamed felons,” Chief Justice Donald W. Lemons wrote in striking down Gov. McAuliffe’s blanket executive orders restoring the rights of more than 200,000 ex-offenders to vote, serve on juries and run for office.

“We, thus, reject the governor’s contention that a faithful reading of (the Virginia Constitution) endorses his assertion of absolute power to issue clemency orders that his 71 predecessors found of dubious provenance,” the chief justice wrote.

The court majority then took what it deemed an extraordinary measure of issuing a writ of mandamus ordering the secretary of the commonwealth, the state Department of Elections and other appropriate officials to take steps by Aug. 25 to revoke the voter registration of at least 13,000 people such as Mr. Mosby who are now on voter rolls and to restore the ineligible voting status of anyone whose rights the governor had granted on April 22 and in subsequent orders in May and June.

The court’s decision creates an administrative mess just as voter registrars across the state are gearing up for the upcoming presidential election.

In the face of the court’s order, Edgardo Cortés, commissioner of the state Department of Elections, disclosed Monday that his agency is now working to remove from the state’s computerized list of voters the names of felons who were registered based on the governor’s orders.

Mr. Mosby expressed disappointment Wednesday in the court’s ruling, noting that while he has not yet received any notice or communication from the Henrico voter registrar, he has confidence Gov. McAuliffe will “turn it around” and will restore felons’ rights person by person.

“The governor said he would do it, and I’m just hoping he’ll get to me in time for me to vote in November,” Mr. Mosby said.

Virginia is one of four states that permanently strips convicted felons of the right to vote, serve on juries, run for office or become a notary public unless the governor restores their rights — a unilateral authority that dates back to the 1850s.

The decision was a clear victory for the main Republican leaders who brought the lawsuit, Speaker of the House William J. Howell, R-Fredericksburg, and Senate Majority Leader Thomas K. Norment, R-Williamsburg. In a joint statement, they called the decision “a major victory for the rule of law and … a sweeping rebuke of the governor’s unprecedented assertion of executive authority.”

However Gov. McAuliffe called it “a disgrace that the Republican leadership of Virginia would file a lawsuit to deny more than 200,000 of their own citizens the right to vote.”

He vowed to issue individual orders to restore the rights of those who had registered to vote and for the more than 200,000 felons who had not — a power the court’s majority did not challenge.

“I cannot accept that this overtly political action could succeed in suppressing the voices of many thousands of men and women who had rejoiced with their families when their rights were restored earlier this year,” the governor stated.

“I will expeditiously sign nearly 13,000 individual orders to restore the fundamental rights of the citizens who have had their rights restored and registered to vote,” the governor stated. “And I will continue to sign orders until I have completed restoration for all 200,000 Virginians.”

So far, however, the governor has yet to issue any individual restoration of rights, according to Secretary of the Commonwealth Kelly Thomasson.

The governor could take solace in the two dissenting opinions that found the majority had overturned decades of precedent to reach its result.

That “opinion is not supported by the plain language of the Constitution of Virginia and is contrary to established Virginia jurisprudence,” Justice Powell wrote in a dissent in which Justice S. Bernard Goodwyn joined.

Justices Powell and Goodwyn are the only African-Americans on the state’s seven-member Supreme Court.

“The majority acknowledges that the governor could issue many individual orders to achieve the mass restoration of rights he sought to accomplish,” she continued. “Thus, the majority essentially takes the position that the (Constitution) requires the governor to exercise his executive powers in a different less efficient manner.”

Justice Powell also tongue-lashed the majority for overturning longstanding precedent in failing to find that those who sued had no standing or right to do so.

Along with Justice William C. Mims, a former attorney general, who wrote a separate dissent, Justice Powell found that the challengers had “failed to make any showing of injury… Thus petitioners’ claim seeks to ‘merely advance a public right or redress a public injury,’ which we have expressly stated ‘cannot confer standing on a complainant.’ ”

She also wrote that the challengers could not and did not “identify a ‘statute that gives them a legally enforceable right to have the court compel’ the governor to not issue executive orders that restore voting rights to groups of felons who have served their sentences.”