Spotlight on 2016 Peacemaker of the Year 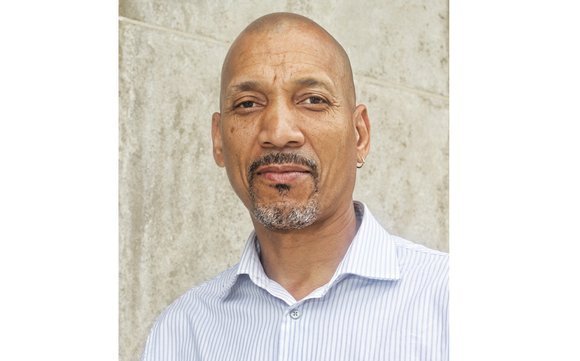 Dr. Ram Bhagat is all too familiar with gun violence. After losing his younger brother at the hands of a gun in 1981, Dr. Bhagat vowed to fight gun violence through his love for drumming.

In 1994, Dr. Bhagat formed “Drums No Guns,” a percussion ensemble that inspires people of all backgrounds to reject gun violence through drumming, dance and drama that celebrates life. While the idea for Drums No Guns originated in New Haven, Conn., its groundwork took place in Richmond.

Dr. Bhagat’s work as a science educator, peace activist and musician has not gone unnoticed. The Richmond Peace Education Center recently named Dr. Bhagat, 60, as its Peacemaker of the Year.

“We thank him for his work to address systemic and cultural oppression, his spirit of creative nonviolence and his efforts to educate and empower the youngest members of the Richmond community,” says Adria Scarf, director of the center.

The award was presented last month at the Richmond Peace Education Center’s Member Appreciation Dinner at Ginter Park Presbyterian Church. Dr. Bhagat also will be recognized at the Peace Center’s annual dinner and auction on Nov. 5.

In a recent “TEDxRVA” talk, Dr. Bhagat quoted educator Paolo Friere, saying, “The community must be uplifted by the victims of trauma, the oppressed, who must not become perpetrators, but who, through the process of self-healing, uplift the community.”

Dr. Bhagat’s own commitment to helping others heal has resulted in him leading conflict resolution training for the Richmond Peace Education Center. It reaches hundreds of youth and adults in churches, juvenile detention centers, community organizations, schools and social service agencies throughout the area.

Drums No Guns performances and workshops have taken place during local events such as Celebrate Jackson Ward, Emancipation Day and the Richmond Folk Festival.

In 2011, Dr. Bhagat traveled to Burundi in East Africa to participate in the first Healing and Rebuilding Our Communities, which facilitates healing from trauma caused by violence, war and genocide. He will further spread his message of healing next week during a trip to Brazil, which will include his “Healing Community with Rhythm” classes, “Yoga Drum Dance” workshops and “Conflict Resolution Training for Youth.”

Dr. Bhagat began drumming in 1976 while enrolled at Virginia State University. He notes that the drum symbolizes “the oldest basic rhythm that connects people of all cultures — sort of like the heart.”

He has studied African, African-American, Afro-Brazilian and Afro-Caribbean rhythms from local and international master drummers.

In addition to his work with Drums No Guns and other organizations, Dr. Bhagat has taught at Open, John Marshall and Thomas Jefferson high schools and the Maggie L. Walker Governor’s School in Richmond. He most recently served as chairman of the science department at Ballou Senior High School in Washington. As a certified yoga teacher, Dr. Bhagat often integrates yoga, as well as drumming and the arts, into his community initiatives.

Dr. Bhagat’s next move will be to work with schools in Richmond, Washington and other areas to help prevent situations that lead to crisis and trauma, he said.