Richmond woman honored by college after being denied admission in 1956 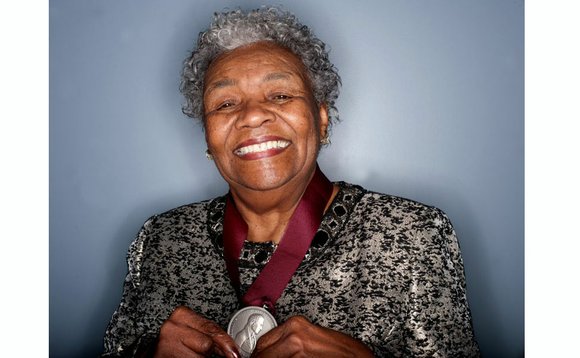 As a young black girl in Stafford County, Va., in the 1950s, Gladys White Jordan saw up close how privilege was largely determined by skin color.

Her mother, a maid, kept house for the president and chancellor of the University of Mary Washington in Fredericksburg, which then served as the selective women’s college of the University of Virginia. As a teenager, Mrs. Jordan assisted her mother working in the kitchen and as a server during dinner parties for local dignitaries at Brompton, the president’s brick manse with a white-columned portico.

When the time came for Mrs. Jordan to consider her future, she dreamed of attending Mary Washington, and she broached the subject with her mother.

“The prevailing idea at that time is that you didn’t send girls to college because they were going to get married anyway, and someone was going to take care of them,” said Mrs. Jordan, 78, a Richmond resident since 1960. “But I wanted to go to college.”

But when Mrs. Jordan’s mother spoke to the president, her employer told her the school’s Board of Visitors had no interest in accepting an African-American woman, no matter how qualified, into its ranks.

Despite the landmark 1954 Brown v. Board of Education U.S. Supreme Court decision, Mrs. Jordan’s admission was denied on the basis of her race. The privilege of an education at Mary Washington, Mrs. Jordan learned, was for white people only.

“I was just sad,” Mrs. Jordan said, but she did not give up on her goal of attaining a higher education. She soon enrolled at Virginia State University, where she earned a bachelor’s degree in 1960 and a master’s degree in 1968.

“I realized that I wanted to go to school so you had to get over that feeling that you were rejected,” Mrs. Jordan said. “Move on, move on.”

Now, more than half a century later, the school that once turned her away has recognized her determination, honoring her with one of its most prestigious awards.

(A resolution adopted by the university’s board honors Mrs. Jordan “in recognition of her perseverance to succeed in the face of discrimination and her lifelong commitment to education, social justice and equal opportunity.”)

“People need to take the initiative to do something,” Mrs. Jordan told the Fredericksburg Free Lance-Star. “You might fail, but your failure can open doors for others. We don’t succeed at everything, but suppose no one tries, suppose no one had applied.”

The first black student to enroll at Mary Washington, Jacquelyn Pulliam, came in 1962. But the school’s first black graduate, Venus Jones, did not receive her degree in chemistry until 1968.

Mrs. Jordan told The Post that she saw how far Mary Washington has come when she looked beside her at the recent award ceremony: The school’s special assistant to the president for diversity and inclusion is Leah Cox, an African-American woman.