GOP at it again 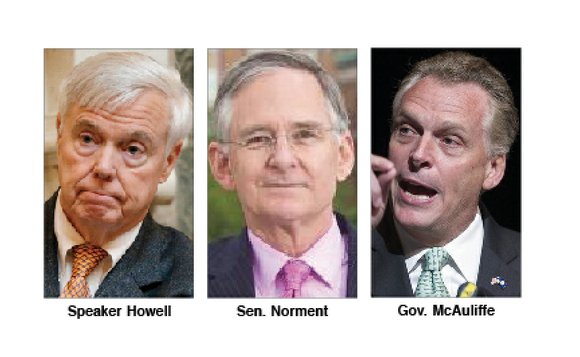 Gov. Terry McAuliffe once again is under attack from Republican leaders in the General Assembly who are determined to halt his efforts to restore the voting and political rights of hundreds of thousands of felons who have served their time.

In a new filing Wednesday, GOP leaders asked the Virginia Supreme Court to hold the Democratic governor in contempt for restoring the political rights of 13,000 felons last week and for trying to do so in coming months for more than 200,000 others who have completed their sentences.

No date has been set for a hearing, but a win for the GOP could strip those felons of their ability to participate in the Nov. 8 elections for president, Congress and local offices.

In that 4-3 decision, the court found the governor violated the Virginia Constitution when he began issuing blanket orders in the spring that automatically restored the political rights of 206,000 felons. The court held that rights restoration should be done on a case-by-case basis as the state’s chief executive has long been authorized to do.

The filing has infuriated Gov. McAuliffe, who believes that he and his administration are on sound legal ground in his latest effort to restore rights.

The new attack shows that the “Republicans’ sole motivation is to deny Virginians the right to vote,” Gov. McAuliffe stated.

He said the GOP leadership is seeking to use “the judiciary to intimidate and disenfranchise people who are living in our communities and paying taxes. (The GOP) is more concerned with the impact new voters will have on Donald Trump’s (presidential) campaign than they are with the dignity of the people whom they continue to draw through the mud with their political lawsuits and ugly attacks.”

He said after the Virginia Supreme Court’s ruling, “my team fully complied with the court’s order and established a process that is fully consistent with the ruling as well as the precedent of past governors.”

Under the new approach, the administration first is checking records and then issuing individual restoration orders to felons who have completed their sentences or any parole or probation. When someone’s rights are restored, he or she can again have the right to vote, run for office, serve on a jury and act as a notary public.

In a vigorous response, Gov. McAuliffe stated, “We will oppose this latest partisan action vigorously and overcome any and every obstacle Republicans may erect.”

Others also are offended by the GOP’s action.

Susan Swecker, chairwoman of the Democratic Party of Virginia, stated, “We thought it would be impossible for Republicans to sink to a new low in their efforts to make it harder for certain Virginians to vote.

“We were wrong,” she continued. “Republicans remain hell-bent on their singular mission to preserve archaic barriers to the polls.

“Virginia Republicans should be ashamed of themselves for playing politics with the right to participate in democracy. They are the party of bending the state Constitution to suppress voters.”