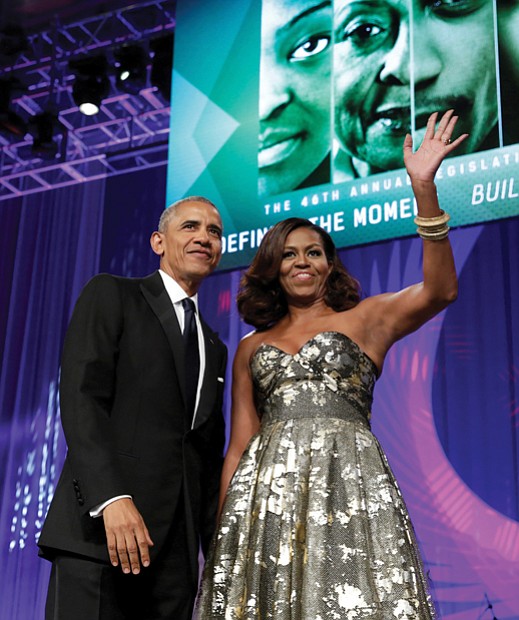 President Obama had barely begun his remarks Saturday night before shouts of “I love you!” came from the audience, tributes to his final speech to the Congressional Black Caucus Foundation’s Annual Phoenix Awards Dinner.

He returned the words, but did not linger. He quickly moved to the business at hand — hammering the urgency for black voters to support Democrat Hillary Clinton at the polls Nov. 8, delivering arguably his most powerful address to the “conscious of the Congress.”

With thunder in his voice, President Obama said to repeated applause, “There’s no such thing as a vote that doesn’t matter! It all matters! And after we have achieved historic turnout in 2008 and 2012, especially in the African-American community, I will consider it a personal insult, an insult to my legacy, if this community lets down its guard and fails to activate itself in this election. You want to give me a good sendoff? Go vote! And I’m going to be working as hard as I can these next seven weeks to make sure folks do.”

President Obama began his speech joking that he had an “extra spring in my step tonight” because he was “so relieved that the whole birther thing is over.”

As a political maneuver, Mr. Trump held a press conference last week finally acknowledging that President Obama was born in the United States. For eight years, Mr. Trump tried to spread lies and doubt, claiming that the president was born in Kenya. CBC members responded with an impromptu press conference reminding voters of what they described as Mr. Trump’s bigotry and racism as he used the “birther” stance to undermine the legitimacy of America’s first African-American president.

Looking around the audience of thousands, President Obama seized the opportunity to thank those who had elected him twice, despite staunch racism against him.

Noting that he was glad that he was not just a symbol, but substance, he listed a number of successes of his administration:

• Fighting back from “the worst recession in 80 years” and turning around an economy that “was in free fall.”

• Expanded health care through the Affordable Care Act, under which 20 million Americans, including 3 million African-Americans, were able to get health insurance.