Obstacles, inspiration detailed in new book about Maggie Ingram by her granddaughter 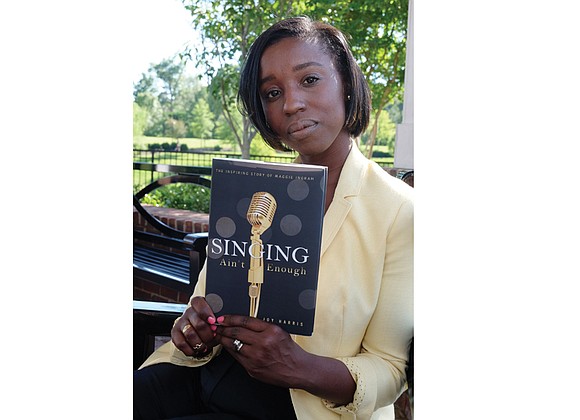 Joy Harris shows off her 10-year labor of love — the book she wrote about her grandmother, gospel music icon and evangelist Maggie Ingram.

“The circles she had to move in weren’t always open,” Ms. Harris explained. “This was a time when women didn’t have a place in society. There weren’t many open doors for women or black people.”

“She led her group, booked her group, promoted her group. She bought her own home, opened a day care in her home. She went on to become a radio DJ. She was making strides. She recorded an independent album,” Ms. Harris noted.

Through it all, Ms. Ingram was always ready to share a message with her audience that was uplifting and inspiring. She was called “Richmond’s Gospel Queen.”

“Gospel music is a pick-me-up, a great way of encouraging people,” Ms. Harris said. “I knew people would be inspired by her story, so I had to write this book.”

It took 10 years, Ms. Harris said, and the assistance of a good editor. In addition to the interviews with her grandmother, she spent hours pouring over numerous resources, learning from other sources and checking facts and stories she heard.

The book is self-published and available through Amazon.

“This story will be liberating, especially for women,” Ms. Harris said. “I wanted people to see themselves in it.”