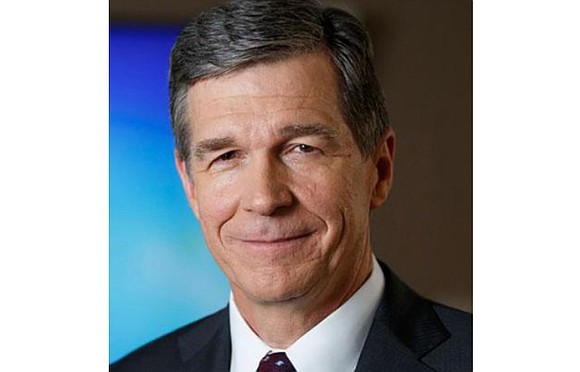 In a victory for African-American and other nonwhite voters in North Carolina, the U.S. Supreme Court on Monday refused to lift the racist label that a federal appeals court in Richmond pinned on the state.

As a result of the 2016 ruling, North Carolina was barred from requiring voters to show state-mandated IDs to cast ballots and from reducing early voting from 17 days to 10 days.

The ruling also forced the state to reinstate same-day registration and pre-registration of teens and to count votes cast in the wrong precinct, all items that were eliminated under the so-called voting reform law passed in 2013.

The new Democratic Gov. Roy Cooper and Attorney General Josh Stein had tried to withdraw the appeal, which was filed last year when Republican Pat McCrory was governor.

U.S. Supreme Court Chief Justice John Roberts said the fact that one group of officials filed the appeal and another group was trying to drop the appeal created uncertainty for the justices over who had authority to seek review of the appeals court ruling.

The dispute is similar to the court fight over Texas’ voter ID law, also struck down as racially discriminatory.

A similar voter ID measure in Virginia was upheld because of a provision enabling voters without identification to get a free photo ID at voter registration offices.

Republicans in the three Southern states and others moved to enact new voting measures after the U.S. Supreme Court in 2013 ruled that states with a history of voter suppression no longer needed to receive advance approval from the U.S. Justice Department before changing laws dealing with elections. That was a key element of the Voting Rights Act.

Voters, civil rights groups and the Obama administration still filed lawsuits challenging the new laws under another provision of the Voting Rights Act that remains intact.

The Trump administration, which supports the concept of keeping minority voters from participating in elections, already has dropped its objections to the Texas law.

When the law passed, North Carolina Republicans said voter ID was a sound requirement to increase the integrity of elections.

But the 4th U.S. Circuit Court of Appeals found the state provided no evidence of the kind of in-person voter fraud the ID mandate was designed to address. Instead, the court found intentional racial bias on the part of the Republican-majority legislature that approved it and former Gov. McCrory who signed it into law.

Justice Roberts noted in a statement that rejection of North Carolina’s appeal is not a comment on the high court’s view about the substance of the law.