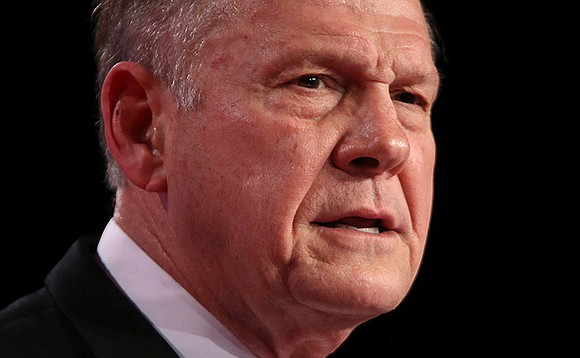 Conservative Christian supporters of former Alabama Judge Roy Moore are defending the U.S. Senate candidate against allegations of molesting a 14-year-old girl decades ago — and one of them used the biblical story of Mary and Joseph to rationalize an adult being sexually attracted to a minor.

These supporters don’t expect voters will abandon Mr. Moore — a former Alabama Supreme Court chief justice and darling of a segment of the American religious right — for the same reason they didn’t turn away from President Trump when several women came forward during last year’s presidential campaign with allegations he had sexually assaulted them.

“It comes down to a question who is more credible in the eyes of the voters — the candidate or the accuser,” said Jerry Falwell Jr., president of evangelical Liberty University in Lynchburg, Va., who has endorsed both President Trump and Mr. Moore, both Republicans.

“The same thing happened to President Trump a few weeks before his election last year except it was several women making allegations,” Mr. Falwell stated in an email. “He denied that any of them were true and the American people believed him and elected him the 45th president of the United States.”

In a follow-up email, Mr. Falwell noted Mr. Moore’s denial of the allegations, saying: “And I believe the judge is telling the truth.”

According to an article published in the Washington Post, Mr. Moore allegedly molested a 14-year-old girl in Alabama when he was a 32-year-old assistant district attorney in 1979. The report said he offered to watch her while her mother was in a child custody hearing, then brought the girl to his home on two occasions, kissing, groping and partially undressing her.

He also reportedly pursued relationships with several other teenage girls.

Mr. Moore denied the allegations in an interview with Breitbart, the website run by former Trump chief strategist Steve Bannon. And in a series of tweets, Mr. Moore characterized the allegations as part of a “spiritual battle with those who want to silence our message.”

Senate Majority Leader Mitch McConnell of Kentucky and spokespersons for President Trump and Vice President Pence all have said, if the allegations are true, Mr. Moore would be disqualified from serving in office and should step aside in the race. Sen. John McCain of Arizona and former Massachusetts Gov. Mitt Romney, both former Republican presidential nominees, also have called on Mr. Moore to step aside.

But some prominent conservative Christians endorsing Mr. Moore have not wavered.

American Family Association President Tim Wildmon said in an email that the publication’s allegation “does not change our support for Roy Moore.”

“I don’t think this kind of story will change support for him among Christians since he has categorically denied it. Most will see it as dirty politics,” Mr. Wildmon said.

“(T)ake Joseph and Mary,” Mr. Zeigler told the Washington Examiner. “Mary was a teenager and Joseph was an adult carpenter. They became parents of Jesus. There’s just nothing immoral or illegal here. Maybe just a little bit unusual.”

While the Bible does not give the ages of Mary and Joseph, most Christians assume Mary would have been a teenager and Joseph an adult at the time of their betrothal and Jesus’ birth. The Bible does state that Mary was a virgin, Jesus was conceived when the power of God “overshadowed” her and Joseph did not consummate their marriage until after Jesus’ birth, though beliefs about and interpretations of Mary’s virginity vary.

Other Christians were quick to reject Mr. Zeigler’s exegesis.

Ed Stetzer, the executive director of the Billy Graham Center at Wheaton College, made clear in a blog post on Christianity Today’s website: “THIS IS NOT WHAT EVANGELICALS BELIEVE.”

“Bringing Joseph and Mary into a modern-day molestation accusation, where a 32-year-old prosecutor is accused of molesting a 14-year-old girl, is simultaneously ridiculous and blasphemous. … Even those who followed ancient marriage customs, which we would not follow today, knew the difference between molesting and marriage,” Mr. Stetzer wrote.

And the Rev. William Barber of Greenleaf Christian Church in Goldsboro, N.C., who began the Moral Mondays campaign in North Carolina, tweeted it was a “bizarre read” of Scripture.

“For the record: the Bible teaches that Joseph married Mary & was faithful to her thru great trials. He didn’t sexually assault her as a minor; he shielded her from shame & violence when ppl couldn’t understand a virgin birth,” Rev. Barber wrote.