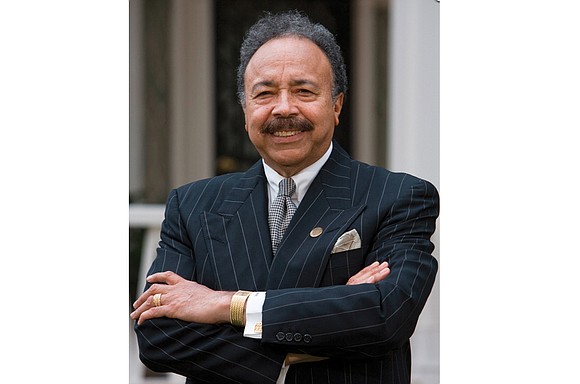 There’s an upside and a downside to Hampton University’s surprise decision to leave the MEAC for the Big South Conference.

The upside: Less travel and time lost from class by Hampton athletes.

The downside: Severing decades-old rivalries with other HBCUs.

Hampton University President William R. Harvey announced on Nov. 16 that the Pirates were ending a 22-year relationship with the Mid-Eastern Athletic Conference, or MEAC, to join the Big South in July 2018.

“Institutions in the Big South are located in Virginia, North Carolina and South Carolina, which means our student athletes will spend less time traveling and more time in classes,” Dr. Harvey stated in announcing the change.

“This keeps the proper focus on athletes, which is our chief reason for being. The smaller geographic footprint will also reduce travel expenses. Another important consideration is the large number of alumni located in the Big South region.”

The Pirates will be eligible for Big South championships in all sports starting in the fall of 2018, although HU does not sponsor a lacrosse team.

With the change, HU becomes the second HBCU aligning itself with a NCAA Division I majority-white conference. Tennessee State University has been a member of the Ohio Valley Conference since 1986.

All other Division I HBCUs are members of either MEAC or the Southwestern Athletic Conference, or SWAC.

HU hopes to continue to play some MEAC opponents, especially Norfolk State University. But for the most part, the Pirates’ schedules will look very different.

The Big South competes on the NCAA Division I level in all sports except for football, in which it plays on the FCS level, which is the same level as MEAC.

Geographically, MEAC schools stretch from Delaware State University in the north to Florida A&M and Bethune-Cookman universities in Florida.

HU’s roots in HBCU athletics are very deep. The Pirates were charter members in 1912 of the CIAA, the nation’s first historically black athletic conference. Hampton University remained under the CIAA umbrella until 1995, when the Pirates switched to MEAC.

MEAC was founded in 1970, primarily as a spinoff of CIAA schools with NCAA Division I aspirations.

The rivalry with Norfolk State University began in 1963 and is among the most spirited in all HBCU play.

The Pirates now, in effect, are telling their old friends thanks for the memories.

MEAC also moved its basketball tournament to the Norfolk Scope two years ago, in part because of proximity to Hampton University’s loyal fan base.

At a campus news conference, Pirates Athletic Director Eugene Marshall Jr. said of the move, “We’ll always be an HBCU; that’s not going to change. We’re not going to stop competing against our fellow MEAC members.

“But as we look to the bigger picture, of trying to build the best midsized program in the country, you have to take two steps. We’re not leaving; we’re just expanding our reach.”

While there are no guarantees, Mr. Marshall suggested the Big South might offer more long-range revenue opportunities.

Mr. Marshall noted that every attempt will be made to keep afloat the HU versus NSU “Battle of the Bay” football game.