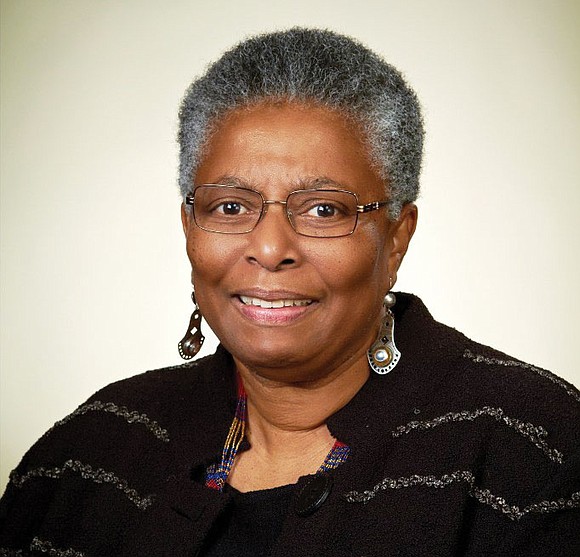 Dr. Katie Geneva Cannon made history in 1974 as the first African-American woman to be ordained a Presbyterian minister in the United States.

Dr. Cannon would use that breakthrough to become a driving force in creating the womanist theology that promotes the inclusion of women of color in shaping the understanding of faith. That womanist theology also challenges the practices and scriptural interpretations that enable the traditional white patriarchal view of religion, as well as the male-centered black liberation theology.

Based at Union Presbyterian Seminary in Richmond for 17 years, Dr. Cannon used her position a teacher, scholar, author and globetrotting speaker to advocate for this broader and more diverse view of religious and ethical thought.

In books like “Black Womanist Ethics” and “Katie’s Canon: Womanism and the Soul of the Black Community,” Dr. Cannon argued that the view of God’s creation is more expansive and more diverse when it is informed by the moral wisdom in the everyday lives of black women.

Her insistence on this view, admirers said, led others, including gays, lesbians and transgender individuals of faith, to seek their own inclusion in scholarship and ministry.

Dr. Cannon’s influence on the seminary, the Presbyterian Church, former students who went on to become church pastors and the wider religious community is being recognized following her death on Wednesday, Aug. 8, 2018. She was 68.

He noted that Dr. Cannon publicly disclosed in June her diagnosis of leukemia that left her dependent on blood transfusions. Students, faculty and staff organized a blood drive to show their support for her treatment.

While a funeral for Dr. Cannon was held Tuesday, Aug. 14, in her native North Carolina, the Richmond seminary will celebrate her life in a memorial service 11:30 a.m. Monday, Sept. 10, at Watts Chapel on the North Side campus, 3401 Brook Road.

Dr. Cannon was the founder of the seminary’s Center for Womanist Leadership, and her role developing a fresh, black-oriented, female-centered theology received special emphasis in April.

On the 44th anniversary of her historic ordination and despite battling leukemia, she co-organized the center’s inaugural conference in Richmond that drew 250 religious scholars from across the country. It featured 14 prominent African-American women speakers, including Alice Walker, the Pulitzer Prize-winning poet, activist and author of “The Color Purple.”

Born in Kannapolis, N.C., Dr. Cannon grew up in a religious family. Her parents were elders in the Presbyterian church the family attended, but she also felt the sting of racial bigotry that showed the disconnect between actual conditions she faced and the Christian message she was being taught.

“I hated segregation,” she said in a podcast at the seminary in March in seeking to explain why the womanist conference in April was so important.