The good news: More than half of Richmond’s public school students passed one or more state Standards of Learning tests in 2018 and are meeting state objectives in the core subjects of reading, writing, math, science and history/social studies. 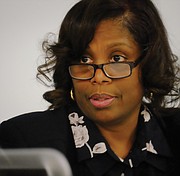 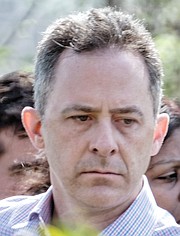 The bad news: At least two of every five students were unable to pass one or more of those tests, keeping RPS ranked near the bottom among Virginia school divisions for student academic achievement.

“I am not going to sugarcoat it. These scores are deeply disappointing,” Richmond Schools Superintendent Jason Kamras stated after reviewing student results from the spring round of SOL tests that were released Wednesday by the Virginia Department of Education.

The RPS overall pass rates in the five core subjects trailed state averages by 23 percentage points. High school students who do not pass at least one SOL test in each of those subjects — known as a verified credit — cannot receive a diploma, according to state guidelines.

Mr. Kamras, who took over as superintendent in February, will start his first full school year in two weeks when the 2018-19 school year begins. He said students who did not pass the SOLs are capable, but “as a system, we’re failing them right now. But that’s going to change.

“With our new strategic plan, we will be taking a number of steps to make sure our students experience exciting and rigorous instruction every single day,” he stated in a message that was filled with the same enthusiasm and optimism of past superintendents who arrived promising to usher in change.

And like them, he also added a cautionary note: The “work will be challenging, and it will take time.”

For more than six years, RPS and the state have poured resources into hiring consultants and paying for training to help principals and teachers usher in a turnaround at many of the city schools, but there is little evidence that any formula has worked.

Boushall and Elkhardt-Thompson middle schools, for example, have been targets of such efforts. At both schools, fewer than half the students passed SOL tests in reading, writing, math and science, the new data show. Only 47 percent of Boushall students passed an SOL reading test, a drop of 10 percentage points from 2016, while only 40 percent passed the SOL reading test at Elkhardt-Thompson.

Only about one-third of students at both schools passed the math test.

A review of RPS data at the division and school level clearly identifies one of the problems: Many of Richmond’s students leave elementary school unable to read properly.