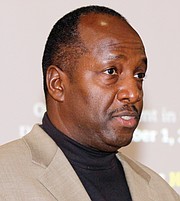 Schools, churches, mosques and synagogues across Virginia could go solar, if the Virginia State Conference NAACP has its way.

Under a legislative proposal the civil rights organization is advancing dubbed the “Energy from God” bill, a $1 billion, three-year pilot program would be created to equip buildings devoted to public education and religion with solar panels, particularly in low-income urban and rural areas.

The state NAACP is teaming up with Food and Water Watch, a Washington-based environmental group, and supportive legislators to promote a bill the advocates argue could cut power costs.

Funding for the pilot program would not come from state taxpayers but from the renewable energy reserve funds that Dominion Energy and other power companies have established, according to NAACP officials. The organization reports receiving expressions of support from Republicans and Democratic members of the General Assembly.

Dominion Energy also is not dismissing the idea.

“We are always happy to work with legislators and stakeholder groups on promoting solar for schools and churches and look forward to seeing the draft legislation,” Dominion Energy spokesman David Botkins stated in response to a Free Press query.

“Dominion Energy is committed to having enough solar built or under development in Virginia by the end of 2022 to power 750,000 homes, which could also include churches and schools,” Mr. Botkins continued. “We are proud to have the fourth largest solar portfolio of investor-owned utilities in the nation.”

Under 2017 legislation, Dominion has been allowed to use excess earnings to improve the power grid and expand solar and wind power operations, instead of just issuing refunds.

“Dominion and other Virginia power companies already have renewable energy reserve funds, and all we are asking is to shift a part of the money to this program,” said Jesse Frierson, who heads the state NAACP’s lobbying effort.

He said Roanoke Democratic Delegate Sam Rasoul and other interested legislators view the pilot program as a beneficial way to expand the use of solar.

The bill that is expected to be introduced in the January session of the General Assembly would lay out a grant application process for schools and religious organizations.

Mr. Frierson said the bill would call for the establishment of a community-based board or oversight committee to review the applications and select the grant winners, with support from a state agency that would act as the program’s fiscal agent.

Under the plan, the grants would be deposited into banks or other financial institutions that are set up to serve underserved communities, he said.

The legislation also would require Dominion Energy and other power companies to reach into areas of high unemployment to employ and train people for traditional positions such as linemen and for jobs in renewable energy, he said.