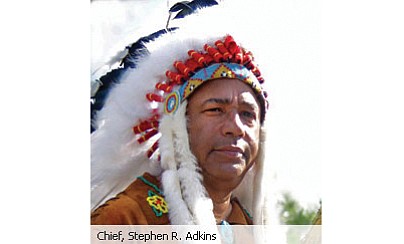 The U.S. Senate passed a bill recognizing the tribes that was spearheaded by Virginia’s two senators, Tim Kaine and Mark R. Warner, on a surprise vote last Thursday.

The measure, which already had passed the House, now goes to President Trump for his signature. He has not publicly indicated his position on the legislation, which received bipartisan support.

If the president signs the measure, the tribes’ new status would make federal funds available for housing, education and medical care for about 4,400 members of the Chickahominy, the Eastern Chickahominy, the Upper Mattaponi, the Rappahannock, the Monacan and the Nansemond tribes.

More importantly, sponsors said, the bill would correct a long-standing injustice for tribes that were among the first to greet English settlers in 1607.

The six tribes covered by the bill were part of the Powhatan Nation, a confederation of Eastern Virginia tribes known for Pocahontas who, according to legend, saved the life of Capt. John Smith and later married the first English tobacco planter, John Rolfe.

The recognition also would allow the tribes to repatriate remains of their ancestors stored at the Smithsonian.

However, they would be barred from operating casinos.

There are currently 11 state-recognized tribes in Virginia and more than 500 federally recognized Indian tribes, many of whom navigated the U.S. Bureau of Indian Affairs process.

Only one other tribe in Virginia has been federally recognized — the Pamunkey in 2016, one of two tribes with land on a reservation in King William County.

A discriminatory state law and quirks of history blocked that path for other Virginia tribes.

The Racial Integrity Act of 1924, required that births in the state be registered as either “white” or “colored,” with no option available for Native Americans. The result is what historians have described as a “paper genocide” of Indian tribes.

Other key documents were lost in Civil War-era fires.

Delays also resulted from the tribes’ unique place in history: They made peace with England before the country was established and never signed formal treaties with the U.S. government.

The Mattaponi Indians, the other Virginia tribe with a reservation dating back to the colonial era, are pursuing recognition through the Bureau of Indian Affairs, having long ago given up on getting recognition from Congress.

The remaining three tribes secured state recognition in 2010, but have yet to meet federal criteria due to the high hurdles they face to prove lineage.

Getting the legislation passed was no easy task.

Sen. Kaine said the bill passed on a motion for unanimous consent after years of trying to get it through committee.

Some opponents rejected the notion that Congress should recognize the Virginia tribes when the U.S. Bureau of Indian Affairs set up an administrative procedure to do so.

However, the chiefs said the expensive and time-consuming process effectively precluded most Virginia tribes because gaps in their records made it impossible for them to provide complete genealogies.