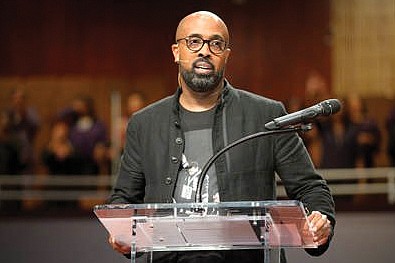 For Rev. Haynes and Rev. Stewart, part of the answer was clear: Local officials needed to place limits on the lenders. In Garland, Rev. Stewart and 50 members of the 2,000-member Springcreek congregation testified at a City Council hearing, after which Garland officials restricted what lenders could charge and how they could renew loans.

The payday lenders quickly left for other communities, Rev. Stewart said, but activism by him and others succeeded in having those communities regulate the lenders as well.

In Dallas, Rev. Haynes said he was struck when those caught in the payday loan situation asked, “What alternatives do we have?”

“It’s one thing to curse the darkness and another to light a candle,” Rev. Haynes said. “I was doing a great job of cursing the darkness, but there were no candles to light.”

The Friendship-West pastor then learned of the Nobel Prize-winning work of Muhammad Yunus, whose microloan concept helped millions in Bangladesh. Rev. Haynes became convinced the church needed a microloan fund to help those in need.

Interest rates on the small dollar loans range from 15 percent to 19 percent, depending on a borrower’s credit standing, he said. While higher than a home equity credit line, the rates are a fraction of those charged by the money stores.

“We’ve given out over $50,000 in small dollar loans, and the rate of customers who pay back their loans in full is 95 percent,” Rev. Haynes said. “We’re demonstrating that people just need a chance without being exploited. If they’re given a chance, they’ll be responsible.”

Rev. Haynes said the credit union has helped members of his church beyond those needing a short-term loan.

“We’ve had persons caught in the debt trap set free because they have access to this alternative,” he said. “Then they open up accounts and get on the path toward not only financial freedom but also financial empowerment. The energy our church has invested in the credit union has been a blessing. And the credit union has been a blessing because so many people have benefited.”

Churches in other communities are taking up the idea of providing resources to those in need. At La Salle Street Church in Chicago, senior pastor Laura Truax said the group has dedicated $100,000 to a fund for small dollar loans. So far, the group has made nine such loans and wants to expand its work.

“You’ve got to keep pushing,” Mr. Reyes said. “There’s a lot of money behind (payday lending), because it generates income” for the lenders.

“But it takes advantage of those who are marginalized. And so, because we have a heart for those folks, that’s an important issue for us.”