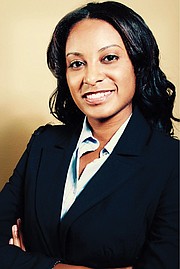 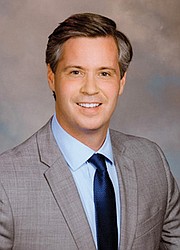 A bipartisan group of five legislators will try again to get the Virginia General Assembly to pass the Equal Rights Amendment in the next legislative session.

Their goal: To make the Old Dominion the 38th state to ratify the amendment that passed Congress 46 years ago. If ratified in Virginia, the legislation would finally reach the threshold of approval from two-thirds of states to have the ERA’s ban on gender discrimination added to the U.S. Constitution.

In a bid to rev up public support, the lawmakers rode a bus painted with the logo “Honk if you love equality” across the state for 10 days and held rallies in various communities.

“We need to make sure that we include this fundamental American value, which is equality of everyone before the law, in the U.S. Constitution,” Richmond state Sen. Glen R. Sturtevant said Sunday at the Virginia Museum of Fine Arts, the final stop of the tour.

The impact of the tour is hard to gauge. Passage of the ERA has been rebuffed by the General Assembly every time legislation has been introduced.

The ERA cleared Congress in 1972, but only about 36 states approved it before the deadline for its passage expired in 1978. Congress extended the deadline by three years, but Virginia and other states did not act. It could take the U.S. Supreme Court to decide whether Congress has the authority to extend the deadline for passage once again or must start the process over to pass the ERA.

The amendment was designed to guarantee equal legal rights for all American citizens regardless of gender, with proponents arguing it would end legal distinctions between men and women in terms of divorce, property, employment and other matters.

Since then, court rulings, new laws and regulation changes in piecemeal fashion have allowed women to make decisions about their reproductive health, serve in combat and, to some degree, receive equal pay for equal work.

But women’s equal rights have no constitutional guarantee, which is why the effort is being mounted to add Virginia to the list of approving states, particularly after Nevada and Illinois became the 36th and 37th states, respectively, to approve the amendment in the past two years.

Legislators call the ERA essential to ensure that the changes now in place cannot be rolled back.

“When we talk about the ERA in the context of such things as equal pay for equal work and ending sex discrimination, what we are talking about is giving those things teeth,” said Democratic Delegate Jennifer Carroll Foy of Prince William County, who is teaming with Sen. Sturtevant to push ratification.

Delegate Carroll Foy said laws can change and court rulings can be reversed, but a constitutional amendment would help ensure that doesn’t happen.

Other lawmakers who took part in the tour include Democratic state Sens. Rosalyn R. Dance of Petersburg and Scott Surovell of Fairfax County and Democratic Delegate Schuyler T. VanValkenburg of Henrico County.

Opponents such as the Family Foundation of Virginia argue that the ERA would negate important gender differences.

“We should be able to embrace a society that can have equal respect and dignity and pay for women without sameness, without everything between men and women having to be the same,” said Virginia Cobb, president of the foundation.