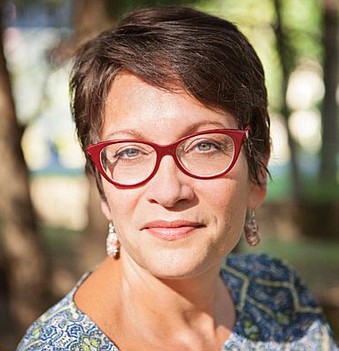 A Henrico County-based children’s book author is the 2019 winner of the prestigious John Newbery Medal.

The American Library Association announced Tuesday that Meg Medina is the winner of the award for “the most outstanding contribution to children’s literature” for her latest work: “Merci Suárez Changes Gears,” the story of a Florida sixth-grader’s struggles at school and at home.

The national recognition is just the latest for Ms. Medina. She received the Pura Belpré author prize in 2014 for “Yaqui Delgado Wants to Kick Your Ass” and received a Belpré honor in 2016 for “Mango, Abuela and Me.”

She also was awarded the Ezra Jack Keats Award in 2012 for best new writer for “Tía Isa Wants a Car” and was included on CNN’s 2014 list of 10 Visionary Women as a “reading revolutionary.”

Born in Alexandria after her parents emigrated from Cuba, Ms. Medina grew up in New York. She and her husband, pharmacist Javier Menéndez, now make their home in Henrico’s West End.