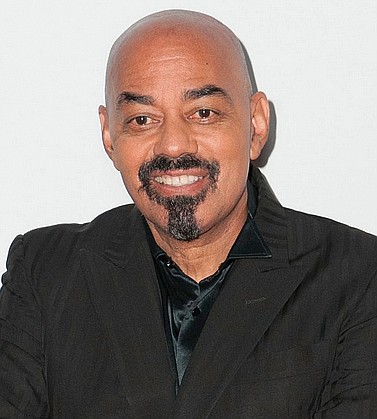 Grammy-winning singer-songwriter James Ingram, who launched multiple hits on the R&B and pop charts and earned two Oscar nominations for his songwriting, died Tuesday, Jan. 29, 2018, at his Los Angeles home from brain cancer. He was 66.

Born Feb. 16, 1952, in Akron, Ohio, Mr. Ingram was an accomplished musician who got his start playing keyboards with the band Revelation Funk after leaving home for California. He also later played for Ray Charles before gaining notice.

He appeared on Quincy Jones’ 1981 album, “The Dude,” which earned him three Grammy nominations and one win for best R&B male vocal performance for “One Hundred Ways.”

“With that soulful, whisky sounding voice, James Ingram was simply magical ... every beautiful note that James sang pierced your essence and comfortably made itself at home,” Mr. Jones said.

“But it was really no surprise because James was a beautiful human being, with a heart the size of the moon. James Ingram was, and always will be, beyond compare,” he said.

Mr. Ingram’s debut album released in 1983, “It’s Your Night,” included the hit “Yah Mo Be There.” The song, which featured Michael McDonald, became a Top 20 hit on the Billboard pop charts and won the Grammy for best R&B performance by a duo or group with vocal.

Mr. Ingram also reached the top of the pop charts twice with the songs “I Don’t Have the Heart” and “Baby, Come to Me,” a duet with Patti Austin.

His collaboration with Linda Ronstadt on the song “Somewhere Out There,” from the 1986 film “An American Tail,” reached No. 2 on the pop charts and was one of 14 Grammy Award nominations for Mr. Ingram.

Alongside Mr. Jones, he co-wrote Michael Jackson’s “P.Y.T. (Pretty Young Thing),” earning him a Grammy nomination for best R&B song. He also scored Academy Award nominations for best original song with “The Day I Fall In Love” from “Beethoven’s 2nd” and “Look What Love Has Done” from “Junior.” Both tracks also competed for best original song at the Golden Globes.