CIAA fans — get ready for Baltimore 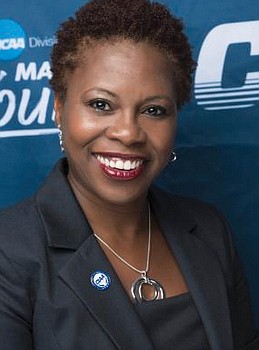 The CIAA Basketball Tournament is moving to Baltimore.

The CIAA board of directors announced Tuesday that the men’s and women’s games will be held in 2021, 2022 and 2023 at Royal Farms Arena, an 11,100-seat facility in downtown Baltimore, about a block away from the Baltimore Convention Center and a short distance from the popular Inner Harbor.

The arena was formerly known as the Baltimore Civic Center.

“This is an exciting time for the CIAA as we have an opportunity to bring the tournament to a new market,” said Commissioner Jacqie McWilliams.

“We’re moving it closer to many of the northern institutions who have traveled to Charlotte for more than a decade.”

The annual CIAA Tournament has been held in Charlotte, N.C., since 2005 and will remain in Charlotte this season and next. This year’s tournament is scheduled Feb. 25 through March 5 at the 20,200-seat Spectrum Center, the home of the NBA’s Charlotte Hornets. It also is adjacent to the smaller Bojangles Coliseum.

The tournament has become a lucrative event for any host city. Estimates show the basketball games, plus a nearly weeklong lineup of satellite events, pump some $50 million into the Queen City’s economy.

Charlotte and Norfolk were finalists with Baltimore to host the tournament, beginning in 2021. Baltimore last hosted the tournament in 1951, when only men’s teams competed.

Baltimore Mayor Catherine E. Pugh said the city is “honored” to have been chosen.

“Baltimore is a city of unsurpassed hospitality and civic and cultural amenities that make it a destination for hundreds of thousands of visitors annually,” she said. “We look forward to welcoming the CIAA, its players and many fans, and to hosting these major tournaments in a way that demonstrates what a truly great city we are, and what a great decision this will be for all.”

The closest CIAA member to the new site is Bowie State University, located about 29 miles away. Morgan State University in Baltimore was a member of the CIAA from 1929 to 1970, when it left to join MEAC.

Baltimore is 447 miles from the CIAA headquarters in Charlotte and from CIAA affiliate Johnson C. Smith University in Charlotte.

However, many people attending the CIAA Tournament and accompanying events are alumni and/or friends of former conference schools, such as Norfolk State and Hampton universities in Virginia, Howard University in Washington and Morgan State.