Spotlight on the MRWBA’s 2018 Women of Achievement Award winner 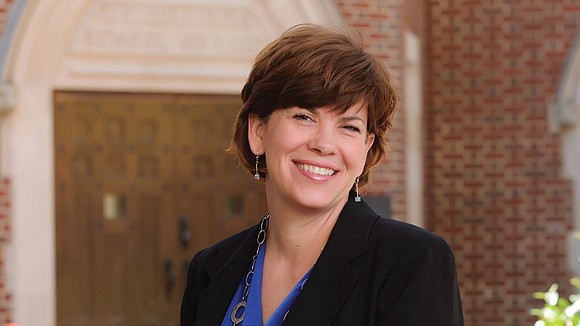 Julie Ellen McConnell has always fought for the rights of the underprivileged and underserved — first as a public defender and now in defense of children in the court system.

She was honored recently for her efforts as a legal advocate.

“I was very humbled to be recognized by my colleagues and the women of the Metropolitan Richmond Women’s Bar Association,” says Ms. McConnell, the 2018 Women of Achievement Award recipient.

“Many incredible women leaders have been recognized by the organization over the years and I am honored to be a part of that group.”

She found out about the award just before Thanksgiving and received the award on Dec. 5.

As a proud member of the organization of female lawyers, Ms. McConnell was involved with the MRWBA board for about six years, bringing public interest and training to the bar while encouraging members to give as much time as they could to serve in the public interest.

“This organization is very interested in service, with some incredible female lawyers giving so much of their time throughout their careers mentoring young lawyers and helping the community,” she says.

MRWBA helps with all kind of projects to provide pro bono legal services to people in the community.

Ms. McConnell is director of the Children’s Defense Clinic at the University of Richmond School of Law and helped publish the Virginia Domestic Relations Pamphlet, a free guide that she says is essential for anyone trying to navigate the juvenile and domestic relations court in a civil matter without an attorney. “It explains domestic relations law and procedure in a straightforward manner,” she says.

The late Robert E. Shepherd Jr., a nationally known juvenile law expert and UR law professor, founded the clinic in the 1970s. However, the clinic was dormant for a few years after he became ill and died in 2010.

Ms. McConnell re-established the clinic and has served as its director since 2011. Its mission is to teach law students best practices in advocacy for indigent children facing matters in the criminal justice system and to help improve the overall quality of juvenile defense in Virginia.

“I have been working in children’s issues and being an advocate my entire career,” Ms. McConnell says.

“In my early 20s, I worked in a group home in Laramie, Wyo., as a special education teacher.” Many of the children, she recalls, had gotten in trouble.

“Looking at children holistically and establishing mentoring relationships really made a difference in their lives, which was a great group home model,” she says.

That began her journey and passion for equity in judicial treatment for children and becoming a leader in helping people seeking asylum from Central America.

Her first real job in Richmond was running the Virginia Association to Abolish the Death Penalty. As a community organizer and advocate on behalf of the people on death row, Ms. McConnell lobbied the General Assembly to eliminate the death penalty.

“The penalty is still around. However, there are less than 10 people on death row in the state,” says Ms. McConnell who served as a public defender in Richmond from 2000 to 2006, and as a juvenile and domestic relations court prosecutor from 2006 to 2011.