2018: A record year for exonerations by The Innocence Project 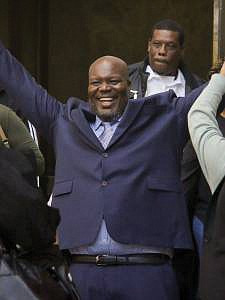 The Innocence Project got Gregory Counts released from prison in 2018.

The Innocence Project reported that a record nine clients were exonerated and released from prison in 2018 for crimes they didn’t commit.

Exonerations continued into 2019 with three more men being released from prison for crimes they didn’t commit.

Incarceration took a toll on the 12 men who were locked behind bars for a combined total of nearly 300 years.

“Time away from their homes, families and loved ones cannot be replaced,” Ms. deLone wrote.

Gregory Counts of New York, one of the exonerated, said, “I went to jail when I was 19. I did 26 years — over half of my life in jail. I need to see the world.”

Manhattan District Attorney Cyrus R. Vance Jr. vacated rape, sodomy and kidnapping charges against Mr. Counts after a woman who claimed she was the victim admitted to lying. DNA and other physical evidence eliminated Mr. Counts as a suspect.

Malcolm Alexander, an exoneree in Louisiana, said, “Freedom is a new life. It’s like being reborn. It’s giving a chance to live a life I had been denied.” 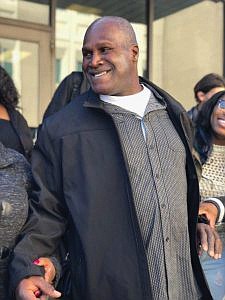 Malcolm Alexander was released from prison in 2018 after serving time for a crime he didn’t commit.

The Innocence Project determined Mr. Alexander’s attorney was incompetent. Genetic testing eventually eliminated him as the perpetrator of a rape.

Mr. Alexander left prison with a smile on his face and his black Labrador Retriever named “Innocent.”

In another matter, New York created the first statewide commission to study prosecutorial misconduct, such as a failure to disclose exculpatory evidence or discrimination in jury selection.