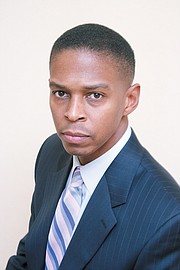 The recipient of the 2016 Virginia State Bar award for professionalism, Mr. Herring has pushed community service over jail time for people arrested for marijuana possession and supported efforts to reduce the jail population by creating diversion programs for addicts and the mentally ill.

And along the way, he rebuilt relations with the Richmond Police Department that had frayed under his predecessor, David M. Hicks, now a judge in Richmond General District Court, and secured closer cooperation between police and his office during the investigative phase of cases.

As a result, since 2007, Richmond Police, with community support, has made more arrests in homicide cases than any other department in the country. And with the help of Mr. Herring’s office, authorities have turned the vast majority of cases into convictions, according to a Washington Post study.

But now, Mr. Herring’s time as the city’s chief prosecutor is coming to an end. In a surprise move, Mr. Herring announced May 31 that he is stepping down July 1 to accept a more lucrative post as a partner at Richmond-based McGuireWoods, one of the nation’s Top 100 law firms. At his new post, he said he would focus on cases involving commercial law, product liability and white collar crime.

As the 53-year-old Richmond native prepared to clean out his office, he endorsed a veteran prosecutor, Deputy Commonwealth’s Attorney Colette Wallace McEachin, as his successor.

A reluctant politician who won four elections, Mr. Herring sought to give Mrs. McEachin a leg up over potential competitors by tapping her to serve as interim commonwealth’s attorney until the special election on Tuesday, Nov. 5, to fill the balance of his term that will end in 2021.

Mrs. McEachin is the wife of 4th District Congressman A. Donald McEachin. She announced her bid Monday for the Democratic nomination — tantamount to election — amid community concerns about the fatal shooting of a 9-year-old girl in a city park over the Memorial Holiday Weekend and rising unease about violence.

“I am eager to continue Mr. Herring’s dedicated and committed work to keeping Richmond families safe and to continue his criminal justice reform policies,” Mrs. McEachin stated in her announcement.

“Our office will continue to remove violent and repeat offenders from our community and return rehabilitated citizens to our community,” continued Mrs. McEachin, a graduate of Brown University who earned her law degree at the University of Virginia.

“With over 20 years of experience as a prosecutor in this office, including 10 years as a deputy commonwealth’s attorney, I am well-prepared to succeed Mr. Herring and to move this office forward to protect our city and strengthen our community.”

Mr. Herring did not respond to questions about his move to private practice, but friends indicated that he wanted to ensure he could support his children, who are headed to expensive Ivy League colleges.

Neither Mr. Herring nor McGuireWoods indicated whether he would be an equity partner, which means he would invest in the firm along with gaining the title.

As commonwealth’s attorney, Mr. Herring earned about $195,000 a year from state and city contributions. He has managed an office that currently has about 75 staff, including about 34 attorneys, and a $7.6 million annual budget. He has led one of the largest and busiest commonwealth’s attorney’s offices in the state.

First elected in 2005, Mr. Herring won attention early in his term with the successful prosecution of two killers who murdered two separate families — in a New Year’s crime spree.

Mr. Herring was more involved in management of the office than in actual trials during his tenure, which is how he began looking into the issue of cash bond and its impact on low-income defendants. He began experimenting with increasing release without bond and at diverting drug offenders in 2010 and began expanding the effort in 2014 after the city’s new jail, the Richmond Justice Center, was completed.

Then Mayor Dwight C. Jones had rejected a recommendation for a 2,000-bed jail, opting instead for a smaller, less expensive jail with about 1,132 total beds.

A task force the mayor set up earlier began looking for ways to divert inmates from the new jail. Programs to divert mental health prisoners, people awaiting trial and low-level offenders were created and have proven relatively successful in keeping the daily population at around 1,100 or fewer, far below the 1,600 to 1,700 prisoners who were daily sandwiched into the old jail that had half the space

Accompanying that effort, Mr. Herring began a new policy of recommending increased release of accused people who would have been hit with a bond of $10,000 or less and worked with the city Department of Justice Services to begin assessing people for release based on risk.

Four years later, without any evidence that the policy of increasing release without a bond created problems for the courts or police, he stopped recommending bond for anyone whom the pretrial assessment found was not a risk to the community.

Mr. Herring also sought to open public conversations and gain more consideration of the root causes of crime and the role that public policy could play in helping to reduce crime through programs to address poverty, improve education and increase outlets for recreation.