Spotlight on president of the Petersburg Area Art League 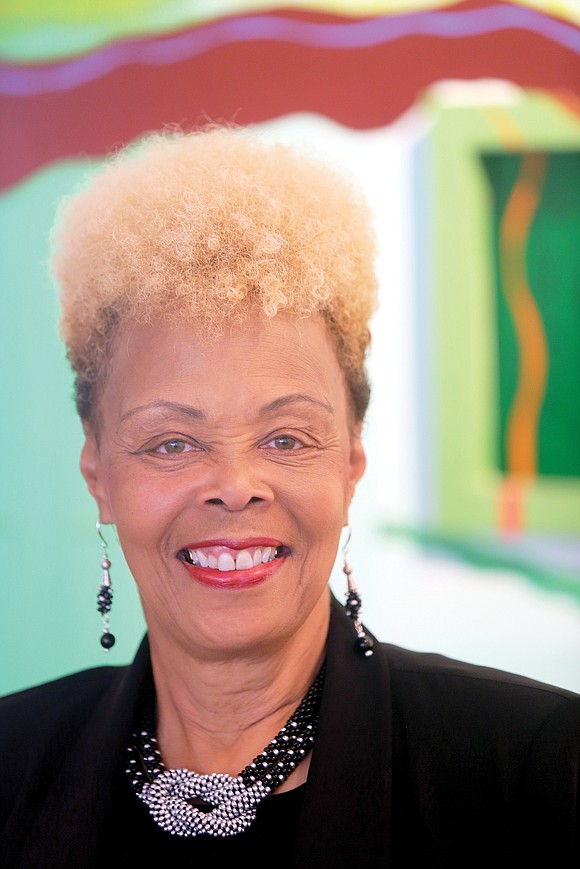 Cynthia Owens Richardson, president of the Petersburg Area Art League, wants the nonprofit to be a mecca for people to explore, experience and be inspired by art.

PAAL, located in the city’s Old Towne, focuses on empowering the community through the visual arts. Along with an art education center, PAAL’s space includes a downstairs gallery for the public and upstairs gallery for member artists wanting to exhibit their work.

PAAL also offers workshops and classes and participates in Petersburg’s “Friday for the Arts,” with new monthly exhibitions every second Friday.

A native of Columbus, Ohio, Dr. Richardson moved with her mother to Petersburg in 1984 to join the administration of Chesterfield County Public Schools.

Exploring her new community, Dr. Richardson saw the Art League’s building and remembers saying to herself, “I love art. I would like to be involved with the league someday.”

A few years later, she happened to be at PAAL looking at some artwork and became friends with Russell Kvasnicka, the organization’s president at the time.

“He invited me to join PAAL and to be on the board,” Dr. Richardson says. “That was right down my alley.”

She has been on the board for four years. She was first elected as board secretary, then moved up to vice president. She became board president last year.

An art lover who creates jewelry and other craft items, she is eager to help PAAL become more integral in the community.

Art has always been part of her life. Growing up, Dr. Richardson’s parents encouraged her to develop and express her creative side. They exposed her to the arts by visiting galleries in Columbus as well as taking trips to New York to the Guggenheim Museum.

“I love painting and crafts and music. I’ve been playing violin since I was a child,” she says.

For the last 15 years, she has designed jewelry using different techniques, such as kumihimo, a form of Japanese braiding that has been around for thousands of years.

“The samurais used to braid these bracelets to hold their swords,” Dr. Richardson explains. “I use seed beads, which is a form of weaving. One piece of my jewelry may have a thousand beads in it.”

She also crochets, sews and knits sweaters. “I am always doing arts projects and seeking ideas to take my work to the next level because once I master something, I want to do something else.”

Now retired as director of planning and administration for Chesterfield schools, Dr. Richardson says her new goal for the 200-member arts group is to raise enough money to expand program offerings.

To that end, PAAL is hosting its 11th annual Ladies Luncheon scheduled for 12:30 to 2:30 p.m. Wednesday, May 22. The event will feature hair stylists and a therapeutic masseuse talking about how those small, personal services benefit women’s physical and emotional health.