At least 32 members have filed a complaint alleging violations of established NAACP election procedures and calling on the national NAACP to investigate. They want a new election to be held if the complaints are found to be credible. 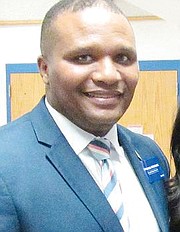 The group, led by Julius D. Spain Sr., president of the Arlington Branch NAACP and a newly elected regional vice president of the Virginia NAACP, filed the complaint on Nov. 12 with Derrick Johnson, the NAACP’s national president and chief executive officer. 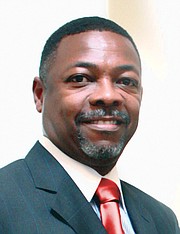 Members have 10 days to challenge the results of the state election that was held on Nov. 2.

The Free Press obtained a copy of the complaint Monday.

In a letter accompanying the complaint, Mr. Spain noted the complaint “is forthright, clear, concise and lists serious allegations” of irregularities and violations of the NAACP constitution and bylaws.

“If disenfranchisement to eligible voting(delegates) occurred, a new election is warranted,” Mr. Spain continued. He urged the national office to promptly begin a probe.

Reached for comment, Mr. Barnette said he was unaware that a group had filed a complaint. He noted that the elections were conducted by Gloria Sweet-Love, a member of the national board, and NAACP regional director Jonathan McKinney, and not by the state NAACP.

Mr. Johnson could not be reached for comment, but a staff member in the Baltimore headquarters, who declined to be named, said the policy of the NAACP is not to comment on such internal matters.

The complaint lists a series of concerns that focus mostly on the last-minute disqualification at the Virginia NAACP convention of 48 delegates and two candidates for president and one for vice president.

“There is no known or written requirement in the national NAACP Constitution and Bylaws ... that a candidate MUST be a delegate of the convention to run for office,” the complaint notes. “This seemingly ‘new’ requirement was imposed without any prior written notice and appears to have disqualified several worthy candidates along with causing a great deal of confusion and concern.”

The complaint also alleges that delegates who were properly registered on the first day of the convention and participated in a business meeting were disqualified on the convention’s second day when elections were held.

In addition, according to the complaint, those delegates who qualified to vote had no idea of who would be on the ballot until the voting began because the candidates’ paperwork was not reviewed until just before the election, unlike past elections when paperwork was reviewed and a ballot prepared prior to the convention.

The complaint also alleges that the ballot was so poorly prepared it included nominees for positions that did not exist and listed as the sole candidate for vice president the name of a candidate who had withdrawn from the contest instead of the name of the only person who had qualified to run for the office.

In addition, the complaint alleges that Ms. Sweet-Love interrupted candidates’ remarks to delegates to make disparaging remarks about some and supportive remarks in other cases in an effort to affect the election’s outcome.

The complaint concludes that the concerns “described an unfair process, election irregularities and bias in the officials conducting the election,” most notably Ms. Sweet-Love.

The complaint calls on Mr. Johnson and the national board to hold a new election that would follow normal procedures and from which Ms. Sweet-Love would be barred from having any role.