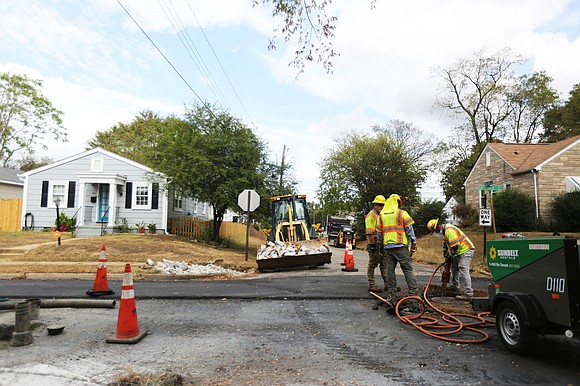 A record 31,000 potholes have been repaired this year, City Hall announced Tuesday.

That’s about 5,000 more repaired than in each of the previous two years and well above the goal of 18,000 repairs that were included in the budget.

In a news release, Mayor Levar M. Stoney praised the city Department of Public Works and its maintenance division for exceeding the 26,200 pothole repairs made last year and the nearly 25,000 that were accomplished in 2017.

The department also received an extra $15 million in the 2019-20 fiscal year budget to repave streets, which accounted for some of the increase in repairs.

In addition, the department bought two specialty trucks that department Director Bobby Vincent said allowed the staff to speed up the repairs.

Each truck requires only one operator, instead of a crew, he said. Each truck has a mechanical arm that expels air to remove water from a hole and then enables the operator to layer in the repair material.

The operator can complete a pothole repair in an average of 10 minutes, Mr. Vincent said. He noted the trucks accounted for 3,000 repairs this year.