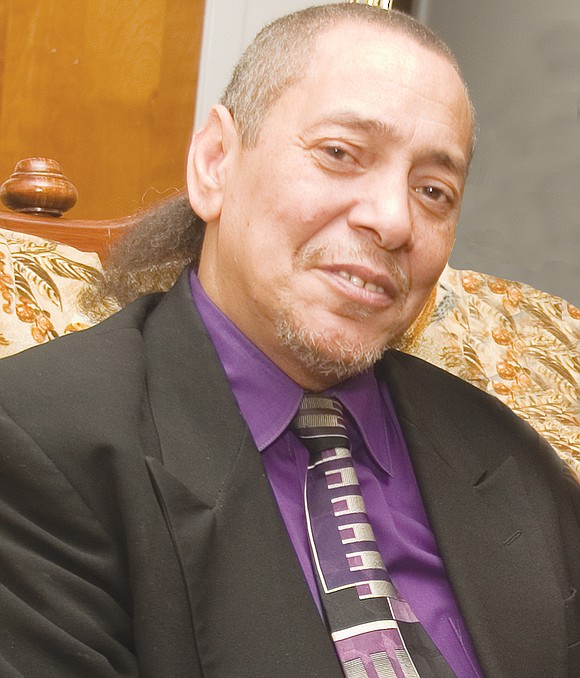 “Debo,” as Mr. Dabney was known and called, believed music could heal, no matter the afflicted’s age or ailment. He was an accomplished musician known by many followers as the “piano man” because he played keyboards around town. However, he also played the Hammond B3 organ, the French horn, tuba and baritone horn.

He had a unique style while playing—head down, moving to the music and smiling, as his hands graced his keyboard. He mesmerized audiences or brought them to their feet and often made them dance.

J. Plunky Branch, the jazz-funk composer, producer and leader of Plunky and Oneness, described Mr. Dabney as an “exuberant” performer, playing in the 1970s with Mr. Branch and The Oneness of Juju.

“Over the past 50 years, I don’t think there was a jazz performer he didn’t play with at one time or another,” Mr. Branch said. “He played by ear and could pick up anything after just hearing it one time and sometimes as it was playing. He could adjust to any style of playing.”

Mr. Dabney moved to Richmond from Manakin in Goochland County as a youngster and attended Richmond Public Schools. He performed in the band at the former Randolph Junior High School, as well as with Maggie L. Walker High School’s marching band and orchestra under the direction and tutelage of Joseph P. Kennedy III.

Mr. Kennedy helped him form his high school band, “The Dabney Trio,” that played gigs across the area.

After graduating from Maggie Walker High School in 1969, Mr. Dabney attended Norfolk State University on a music scholarship and graduated in 1973.

He became the pianist with the R&B band Poison and, in 1976, appeared on Don Cornelius’ nationally syndicated show “Soul Train,” with Poison and its hit song, “Let Me Lay My Funk On You.” Mr. Dabney traveled with the band on the West Coast in the 1970s and later decided to get off the road and return to Richmond.

Mr. Dabney played it all – R&B, jazz, funk, fusion, African rhythms, gospel and classical. He opened for national artists such as B.B. King and organist Jimmy Smith and toured with the Average White Band.

Lifelong friend B.J. Brown, founder and executive director of the Richmond Jazz Society, said she and Mr. Dabney would talk on the phone for hours, especially in their youth, about music and boxing, which he loved equally.

She also said that Mr. Dabney spoke of hearing music when he was an infant and, as he grew up and began playing the piano, could hear a song and replicate it on the piano with little or no effort.

“Debo would play at a club on Saturday night, which ended in the wee hours of the morning, then get up to play at three or four churches on Sunday starting at 7 a.m.,” Ms. Brown told the Free Press.

In 2018, he was the spotlight featured performer at the 30th anniversary of the 2nd Street Festival in Jackson Ward, where he had played each year since the festival’s start. He also was the musical director and keyboardist of The Happy Band and performed in the Richmond Jazz Society ensembles Glennroy Bailey & Company and Make Music with Me Band, as well as with a variety of other groups.

“Debo was grounded spiritually,” said singer, dancer and actress Desiree Roots. “In his music you would think he was a preacher at times with the depth he would go to express sincerity when it came to his spirituality. At one pivotal point in his career, he would perform meditative playing. He said it was like God speaking through him—a zoned-out moment as he just let his fingers move.”

Ms. Roots, who is the Richmond Jazz Society’s booking director, schedules the Joe Kennedy Jr. Jazz Stage at the 2nd Street Festival each year and said Mr. Dabney mentioned that, after playing for 56 years, he had never received any awards.

To change that, the festival’s sponsor, Venture Richmond arranged at the 2019 festival for area performers to serve up a musical tribute to Mr. Dabney to salute his decades of participation in the festival.

The Richmond Jazz Society also presented an award for his lifelong achievement, dedication to music, uplifting jazz and contributions to the Richmond community.

Pianist and music educator Weldon Hill compared Mr. Dabney’s spirit to that of music icon Miles Davis, “as he didn’t care what people thought of his musical style because it was his voice and his voice alone.”

“He was just genuine,” Mr. Branch said. “He knew who he was, what he wanted to do and he did it. He wanted to play music and that was all he did.”

Mr. Dabney is survived by his wife, Celestine Dabney.

A private service will be held 1:30 p.m. Friday, April 17, that, because of the coronavirus, will be limited to 10 family members, but can be viewed online on the March Funeral Homes website, www.marchfh.com.