The DNA of a Black woman, by Chuck Richardson 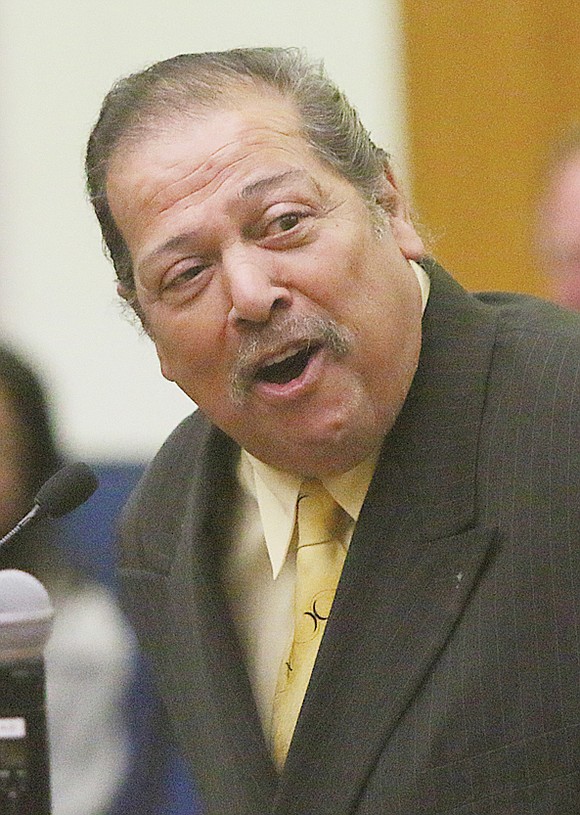 There is something magical about a fearless, intelligent, incorruptible Black woman — a woman willing to sacrifice and face any obstacle she must for a greater cause than herself. Black women have been, and continue to be, the crucible of fortitude.

Harriet Tubman, Ida B. Wells, Mary McLeod Bethune, Fannie Lou Hamer and thousands of others have been the bedrock of African-American progress.

I realized in my late 20s that if you want to get it done, you better have Black women involved. That was when I, in 1977, ran for and won a seat on the first majority Black City Council in Richmond. It was the determination of Black women, some more than twice my age, that made the history possible.

When those Black women spoke, weathered by storms of racism, deprivation and personal abuses, it changed the atmosphere. A crowd of timid, doubtful or unfocused lambs became ferocious lions. People today might speak of my legacy of achievements in Richmond, but they don’t know the source of my confidence. I can’t recall the number of times strong Black women lifted me and forged new inspiration.

From the late 1970s to the early 1990s, I won nine consecutive re-elections. Any success reached by fighting the good fight, including my relentless efforts over two decades to remove the Confederate monuments on Monument Avenue, were only possible because of the victories won for me by these women. Black men in my campaigns were strong and forceful, the physical image the organization needed. I don’t deny that. But diligence was more often worn by the women.

I remember one election when I needed 20 new people registered as voters in each precinct. The young volunteers would bring back three or four and a handful of excuses. But there were older women, some who did not walk easily, who would return with the full number. One of them said to a young person, “You don’t win elections with good excuses — you need voters!” Women like Bessie Jones, Elaine Dunn or Luetta B. Wooldridge, who were managers and coordinators for my campaigns. And they stood with me in difficult times when very few had the will.

The Rev. Sarah Goshen, an older Black woman with a calm but convincing demeanor, stood up in a storm of attacks on my character during a controversial and profound personal battle. She admonished the men who chose to disregard my history of service to my country, and more directly, to the African-Americans in Richmond. Rev. Goshen stood with the same solidarity and courage that defined her foremothers, “Don’t abandon the bridge that brung you ’cross!” she demanded. My spirit rose to the ceiling.

It has indeed been a bridge, one more river to cross for Black Americans. Two hundred fifty years of slavery and Jim Crow seems to have developed a certain DNA in Black women, because to watch as your child is torn away, or your man absolutely emasculated and denied any dignity, to have your body raped and to endure a brutalized life of labor, something had to evolve in the DNA of Black women.

A new measure of courage, strength, dignity and faith saved them — the crucible of fortitude. They marched on and we march on today. America is more divided perhaps since slavery itself, but Black women have our backs, still enduring, fighting the good fight. 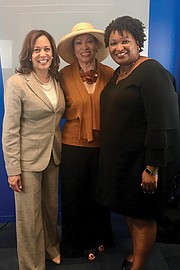 Women like my own sister, Valerie Richardson Jackson, the former first lady of Atlanta, who persevered with me as one of the first students integrating our high school, becoming one of the first Black women to attend the Wharton School of Business — which is now led by a Black woman — working and paying her way through, earning her MBA. She went on to market General Foods products and gained a regional role at Trans World Airlines corporate head- quarters in New York. Because a strong, smart Black woman is not to be passed over, she won the heart of and married a man who was certainly the most consequential politician in the history of Atlanta — the late Mayor Maynard Jackson. Maynard always said of Valerie, “She enables me.”

The nation recently has come to know two more amazing Black women — Democratic activist Stacey Abrams, and Sen. Kamala Harris, now the Vice President-elect. Ms. Abrams showed her ability early, in front of the very Atlanta City Hall that Maynard occupied. She led a large group of university students calling on the mayor to address student issues. Maynard was impressed and invited her to meet with him. Afterward, he gave Ms. Abrams her first job in politics. The rest is history — a heroic race for governor of Georgia and a voter registration movement that is unprecedented and driving the numbers to heights heretofore unseen. She launched a democratic movement that already has become a model for the nation.

Valerie has always been a strong supporter of both Stacey Abrams and Kamala Harris. Three friends, three Black women, three lessons we should take from them — and history. With a Black woman becoming vice president, we should keep in mind what it took because we will need it going forward — patience with diligence, courage with wisdom, boldness with conviction. In other words, Black women.

The writer, a former 18-year veteran of Richmond City Council, is founder of the National Organization of Rehabilitated Offenders.