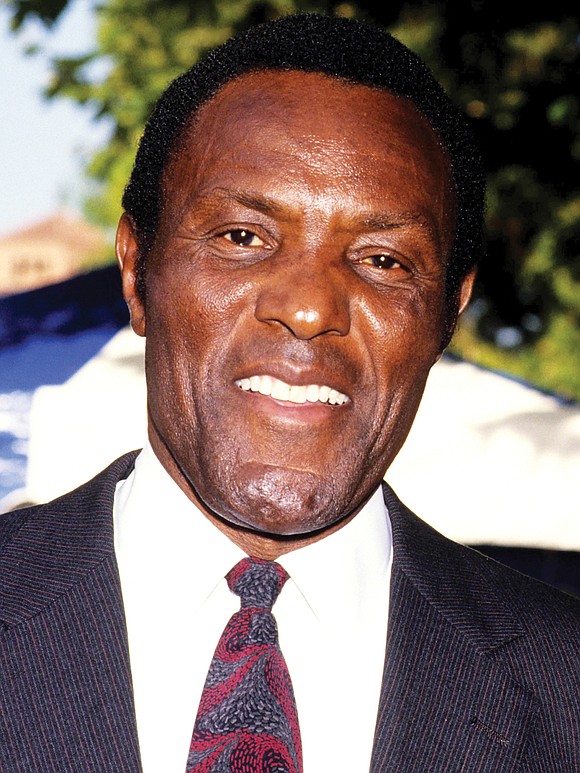 Rafer Johnson, widely regarded as among the greatest athletes of all time and the man who helped subdue Robert F. Kennedy’s assassin in 1968, died Wednesday, Dec. 2, 2020, in Sherman Oaks, Calif.

Mr. Johnson won the silver medal in the decathlon at the Olympic Summer Games in Melbourne in 1956 and took home the gold medal in the same event at the 1960 Olympics in Rome.

The decathlon is a grueling 10-event test conducted over two days. Mr. Johnson was border line world class in nearly all 10 events, starting with his personal best of running 100 meters in 10.3 seconds.

In 1958, Mr. Johnson was named Sports Illustrated Sportsman of the Year and, in 1960, he became the first Black man to win the James E. Sullivan Award for best amateur athlete.

As a freshman at UCLA in 1954, the 6-foot-3 Mr. Johnson broke the decathlon world record in just his fourth time entering the event.

He was chosen to carry the U.S. flag at the 1960 Olympic games and to light the Olympic torch at the Los Angeles Memorial Coliseum to open the 1984 Games.

Following retirement from track and field, Mr. Johnson was instrumental in the formation of Special Olympics, had lead roles in numerous movies and became a close friend and bodyguard of Robert F. Kennedy, the younger brother of President John F. Kennedy who served as U.S. attorney general during his brother’s administration.

On June 5, 1968, Mr. Johnson was working on Robert Kennedy’s presidential campaign when the Democratic primary candidate was shot in the kitchen of the Ambassador Hotel in Los Angeles. Mr. Johnson joined former NFL star Rosey Grier and journalist George Plimpton in apprehending Sirhan Sirhan moments after he shot Mr. Kennedy, who died the next day.

“I knew he did everything he could to take care of Uncle Bobby at his most vulnerable moment,” Mr. Kennedy’s niece, Maria Shriver, said by phone. “His devotion to Uncle Bobby was pure and real. He had protected his friend. Even after Uncle Bobby’s death, he stayed close.”

Mr. Johnson later called the assassination “one of the most devastating moments in my life.”

A native of Hillsboro, Texas, Mr. Johnson went on to act in many feature films, including “Wild in the Country” with Elvis Presley, the James Bond film “License to Kill” and the television mini-series “Roots: The Next Generations.”

Mr. Johnson worked for the Peace Corps, the March of Dimes, the Muscular Dystrophy Association and the American Red Cross. In 2016, he received the UCLA Medal, the university’s highest award for extraordinary accomplishments. The school’s track is named for Mr. Johnson and his wife, Betsy.

Mr. Johnson’s brother, Jimmy, was a standout defensive back in the NFL and is a member of the Pro Football Hall of Fame.

Mr. Johnson’s daughter, Jennifer, made the 2000 U.S. Olympic team in beach volleyball, while his son, Joshua, was a nationally ranked javelin thrower.