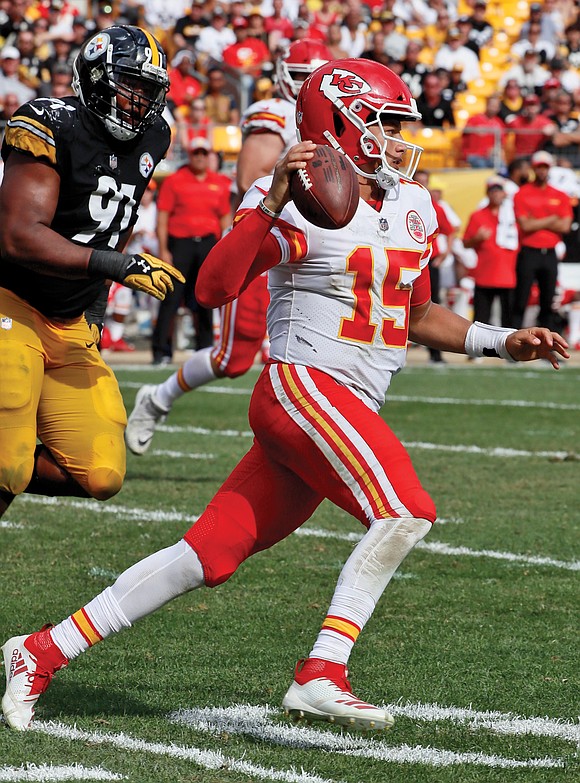 For far too long, there was a bigoted suspicion that African-Americans “didn’t have what it takes” to play quarterback on the brightest NFL stage. Doug Williams broke that bigoted myth in 1988. The Kansas City Chiefs’Patrick Mahomes II plans to continue shattering such notions Sunday, Feb. 2, in Miami.

For far too long, there was a bigoted suspicion that African-Americans “didn’t have what it takes” to play quarterback on the brightest NFL stage.

From 1967 to 1987, 41 of 42 starting Super Bowl quarterbacks were Caucasian. The sole exception was the Raiders’ Jim Plunkett, who was of Mexican-American ancestry, who helped the team win Super Bowl XV in 1981 and Super Bowl XVIII in 1984.

Williams became the first black starting quarterback in Super Bowl XXII in 1988 for the Washington NFL team and earned MVP honors leading the team to a victory over the Denver Broncos.

The complexion of the position has notably changed in more recent years. Here is a thumbnail Super Bowl history of African-American quarterbacks in the “Big Game:”

Now in 2020, it’s Mahomes’ turn to win the Super Bowl quarterbacking for the Chiefs.

Kansas City traded veteran Alex Smith to Washington two years ago to clear an opening for Mahomes. The Chiefs have never regretted the decision. Mahomes was league MVP in 2018.

The 24-year-old Texas Tech alumnus has been scintillating in his two seasons as Kansas City’s starter. In two playoff victories this winter, he passed for 615 yards and eight touchdowns and ran for 125 yards and two touchdowns.

His nickname, “Homes Sweet Mahomes,” is a play on his cool, confident game-day demeanor. Nothing seems to rattle the son of former major league baseball pitcher Pat Mahomes, not even a 24-0 deficit the Chiefs faced against the Houston Texans in the divisional round.

Following the dreadful start, Mahomes rallied the team to a 51-31 victory over the Texans. He followed that with a 35-24 win over the Tennessee Titans in the AFC Championship.

So much for the undercard.

Now Mahomes enters football’s main event. Only those who may have been living in a cave for decades might doubt him.