RRHA extends eviction freeze until May 1 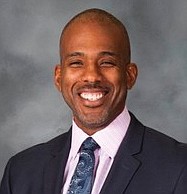 The Richmond Redevelopment and Housing Authority’s moratorium on public housing evictions will continue for another three months, through May 1, officials have announced.

In addition to the moratorium, RRHA will begin offering in February “No Questions Asked” payment agreements to public housing tenants who are behind in their rent and utility payments. Those agreements will be offered through the moratorium period.

“We recognize that some of RRHA’s previous debt collection efforts did not best position every RRHA family for success,” RRHA Chief Executive Officer Damon E. Duncan stated in a news release announcing the extension of the eviction freeze and the other offer.

“We will use the next three months to implement many other accounting and policy changes which will help every RRHA family reach good standing and stay there.”

The eviction freeze, originally set to end in late 2019, was implemented following sustained criticism from fair housing advocates, residents and city officials over RRHA taking fami- lies to court to evict them for overdue rent payments, among other issues.

RRHA officials have since met with the Virginia Housing Justice Program to work on solutions.

The VHJP, made up of members of the Legal Aid Justice Center, the Virginia Poverty Law Center and the Central Virginia Legal Aid Society, welcomed the extension, but urged RRHA in a statement to consider a freeze longer than three months.

The VHJP also stressed the need for tenants to check any payment figures provided by RRHA to ensure accuracy and proper credit for the rent and utilities they still have to pay during the freeze. They also drew attention to benefits of entering an agreement, including no requirement for a down payment and payment amounts based on household income.

“We remain concerned about the potential for a large number of tenants to be facing eviction whenever the freeze ends,” the statement reads. “We would not want tenants to miss the op- portunity to enter into one of these repayment agreements if it makes sense for them.”