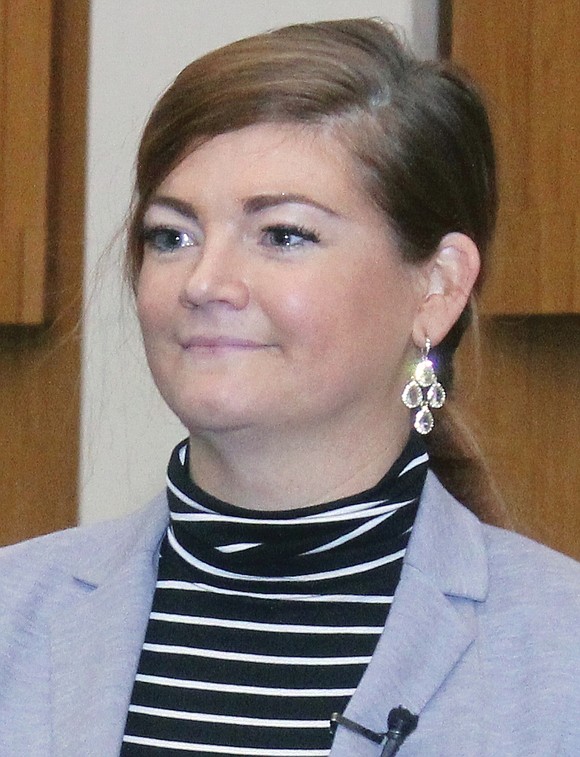 A 3-foot change could help working parents — most notably single mothers — keep their jobs or avoid the cost of expensive day care.

In a surprise move, the Virginia Department of Education confirmed Tuesday that it will allow school divisions to reopen with students wearing masks and staying 3 feet apart when classes resume rather than requiring students to be 6 feet apart.

The Free Press has learned the change was made after Dr. James F. Lane, state superintendent of public instruction, was advised the 6-foot rule could dramatically limit the number of students in a building — forcing parents to choose between going to work or staying home to care for their children.

In Richmond, Schools Superintendent Jason Kamras already has pivoted in the wake of the new guidance.

Just hours after getting the new guidance, Mr. Kamras used his daily message to parents, teachers and staff to announce a new reopening proposal that will allow all students to either take classes online or to return to school for face-to-face classes in buildings that can accommodate 3-foot spacing, but not 6-foot spacing.

He described the proposal as a way to aid parents who are “terrified of sending their children” to school because of the pandemic and also to accommodate families “who will lose their jobs — and their homes — if they need to stay home to watch their children.”

Mr. Kamras has left it to the School Board to decide between this option and a previously favored option that remains on the table. The other option calls for students to attend in-person classes two days a week, with half of them on Mondays and Tuesdays and the other half on Wednesdays and Thursdays, with Fridays for online learning.

Under that option, only special education students and those who are still learning English would have in-person classes five days a week. The option also would allow students to take all classes online.

The two options, which have received mixed reviews from parents, are to be discussed but not voted on at a virtual School Board meeting scheduled for 6 p.m. Thursday, July 9. The vote is to be taken at a special meeting set for 6 p.m. Tuesday, July 14.

At least one elected official in Richmond believes that the school division has no choice but to consider fully reopening to avoid the financial havoc an alternate days plan could wreak on thousands of working families.

“Schools are the default child care system that most of us rely on,” noted Fifth District Councilwoman Stephanie A. Lynch, who has a school-age child, and the first to sound the alarm about the consequences of adopting the alternate-days proposal.

Ms. Lynch said in order to work, many parents count on having their kids in school during the day. They also depend on before- and after-school programs, depending on their work schedules.

She said parents she talked with in the Swansboro and Randolph neighborhoods have been alarmed after learning about the two-day alternating attendance program.

“One woman broke down and cried when I told her. She had heard nothing from the school system about this and was unaware, like most of the parents I talked with,” Ms. Lynch said. “She didn’t see how she could continue working if that plan is adopted.”

Ms. Lynch said the only option for parents would be costly private day care, which in the Richmond area, runs between $720 and $1,500 a month per child, depending on family income and the age of each child.

For the majority of families in the city, income will not stretch to cover that expense. And even finding day care is expected to be more difficult as 40 percent of the day care centers in the Richmond area reportedly closed permanently after losing their business during the COVID-19 shutdown.

At least 70 percent of children attending Richmond Public Schools qualify for free and reduced price lunches based on family income — meaning that private day care would be unaffordable, even at places like Friends Association for Children, which offers discounted rates.

There is no data on how many families would be affected.

In Richmond and across the country, day care operations, like restaurants, have been hit hard by the pandemic.

J. David Young of Friends Association for Children said the nonprofit has been able to stay open primarily to serve children of first responders, but has had to cut the number of children, toddlers and infants served from 225 slots at its two locations in Jackson Ward and Church Hill to a total of 167 slots. The 58-slot reduction represents an annual loss of at least $500,000 in revenue for the nonprofit. He said gifts from generous donors have enabled Friends Association to remain financially stable.

Surviving operations are now facing the costly challenge of revamping programs that previously promoted children playing together and where masked instructors were never allowed.

Mr. Young said he has offered lessons his organization has learned during the pandemic to other day care operators seeking to start up.

Experts note that despite the high fees, day care providers already were operating on thin margins due to staffing and other requirements for licensure. The COVID-19 challenge is only making their business situations far more difficult.

Mr. Young agrees with Ms. Lynch that a major effort must be made to meet the need. He is hopeful that Friends and others day cares will be consulted, as well.

“This is a call to action,” Ms. Lynch said. “If we are serious about restarting the economy, we need to deal with day care. Otherwise, many who want to work won’t be able to.”